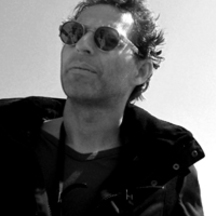 Riccardo Venturi (Rome, 1966) started his career in photojournalism at the end of 1980's, documenting Italian and European social issues such as illegal immigration, the rising of Nazi movements in Germany and the early years of democracy in Albania. Especially his journalistic reporting on the scandal of the funds for the reconstruction of areas affected by the earthquake... See more

Riccardo Venturi (Rome, 1966) started his career in photojournalism at the end of 1980's, documenting Italian and European social issues such as illegal immigration, the rising of Nazi movements in Germany and the early years of democracy in Albania. Especially his journalistic reporting on the scandal of the funds for the reconstruction of areas affected by the earthquake in Irpinia gave him his first significant publications in Italian newspapers and magazines. In the mid 1990’s his attention was mainly drawn toward countries in conflict, foremost Afghanistan, coverage for which he received the prestigious "World Press Photo" in 1997, and then his reporting of the Kosovo war which won the Leica Honorable Mention in 1999. Ever since, he has travelled to many countries at war especially in Africa. Over the last years Riccardo Venturi documents the Gezi Park uprising in Istanbul. Venturi has documented some of the most relevant international events, such as the earthquake in Iran in 2003 and the tsunami in Sri Lanka in 2004, interspersed with more personal research such his work on the so called "white deaths" in Italy, culminating in 2008 with a book and exhibition in collaboration with ANMIL (Italian national association gathering people who became disabled or mutilated persons in their workplaces). In collaboration with the World Health Organization he produced a photographic project about the spreading of tuberculosis through the world, which helped him to achieve the UCSI Award for Photography in 2007 and the Marco Lucchetta Award in 2008. He has collaborated with many of the most important humanitarian organizations in the world such as UNICEF, UNHCR, WHO, MSF and SAVE THE CHILDREN with which recently worked on a major study about the childhood condition of Italian children. He has collaborated with leading Italian and international magazines and has published four books, including “Afghanistan il nodo del tempo”, the story of a seven-year report in the country (Contrasto Editore, 2004) and "De Istanbul a El Cairo" (Almuzara Editore, 2010), about the middle East identity sponsored by Fundación Tres Culturas and in collaboration with the journalist Eduardo del Campo. His forthcoming book, DPR448, published by Peliti Associati and commissioned by Italian Ministry of Justice, documents the situation of minors in prison from Palermo to Turin. In January 2010, four days after the disastrous earthquake in Haiti, Riccardo Venturi decided to go there to document the disaster that hit the Caribbean island, where he returned two more times to continue to witness and report on the conditions of Haitian population. With his project "Haiti Aftermath" he has received several awards including the World Press Photo 2011, first prize in "General news"; Luis Vultena Award, second prize; Sophot Award; Photo of the Year award, honorable mention; Sony World Photography Award, finalist; Care International Award, finalist.

Photojournalism
Haiti, five years later: an emergency situation that has never ceased. A story that has to be told. Help me do it!
Italy
HAITI AFTERMATH
by Riccardo Venturi
101% Successful campaign
€18,095 · Contributed 82
18000 · Goal Successful