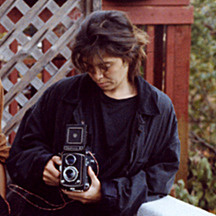 Born in Colombia in 1964, Monika Ruiz-B attended the Fine Arts Schools of Boston, in the United States and of Aix-en-Provence in France. Her photographic practice, very focused on portrait, brought her to meet her subjects according to her wanderings. She has produced a series of gypsies in Douchy-les-Mines in the region Nord-Pas de Calais (Ilford 97 black&white Jury Prize), the people of Oaxaca, Mexico, the musicians from Boston or the South American community in San Francisco. In Colombia, she is attached to the picturesque holiday Pascale. True stories, these portraits sweep misconceptions and raise new ideas. All this work was done in black and white with a film camera. Based in Marseille since 2003, after many back and forth trips to the United States, she has been pursuing her photographic reports, insatiable explorer of neighborhoods of the city and its inhabitants. She also puts a lot of effort with city stakeholders in innovative artistic approaches, particularly in conjunction with the Centaur Theatre, adventure of "upheavals Centauri" surprises wandering horses and riders within the city. Meanwhile, she developed a research on the urban landscape which emerge in the series "Port Folio", images from industrial Marseille harbour (Port Autonome de Marseille), selected for the Rencontres Internationales d'Arles or "Latent Images," illustrated by a series of text from Fernando Pessoa. Finally, she continues to experiment new ways of expression and has exhibit in Antwerp and Brussels two color sets in 2011: "Aquabon", which by a set of images immersed in water, introduces the concepts of memory and time, and "Biodiversity ", staging tragic or humorous animal figurines in a chaotic and hypocritical world. 2013 is the year of the projects.As part of Marseille Provence 2013, European Capital of Culture, the photographer wishes to exhibit 13 portraits of foreigners residing in Marseilles, with the desire to put a different perspective on their identity and career. She runs in parallel a report on the hospital, tentatively titled "Hospital Inanimate".  To view the work of Monika Ruiz-B  -http://www.vozimage.com/VOZREZO/Portrait/tabid/63/itemID/351/Default.aspx   -http://www.facebook.com/mozi.mozi.1 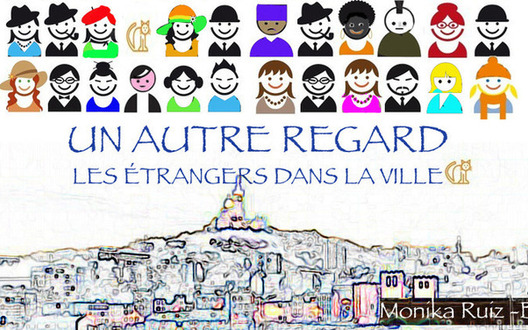