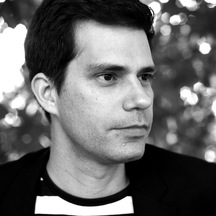 Samuel Andreyev’s compositions span many genres, from chamber to orchestra as well as acousmatic and vocal music. He was born in Kincardine, Ontario in 1981. Following his initial training at the Royal Conservatory of Music in Toronto, he studied composition with Allain Gaussin in Paris, then at the Paris Conservatory (CNSMDP) from 2006-2011, where he obtained both bachelor and masters degrees in composition with Frédéric Durieux, and a prix d’analyse supérieure with Claude Ledoux. Samuel Andreyev was selected for the Cursus 1 program of IRCAM in 2011–12. He has also studied composition under Brian Ferneyhough, Heinz Holliger, Michael Jarrell and Klaus Huber, and has attended composition courses such as Royaumont, Darmstadt, Impuls and Centre Acanthes. Samuel Andreyev is Professor of Musical Analysis at the Conservatoire de Cambrai (France). He is also frequently sought after as a guest lecturer, teaching in institutions such as the Haute École de Musique de Genève, the Conservatoire d’Annecy, l’Université d’Aix-en-Provence and the Conservatoire de Tours, among others. First prize winner of the Concours Henri Dutilleux (2012), he was named a member of the Académie de France à Madrid, residing at the Casa de Velázquez from 2012–2013. Samuel Andreyev has received commissions from Radio France, Esprit Orchestra, the Archipel festival, Ensemble Proton Bern, HANATSU miroir (Strasbourg), and many others. His music is performed throughout the world by ensembles such the Orchestre National de Lorraine, l’Orchestre de l’Opéra de Massy, New Music Edmonton, l’Orchestre du Conservatoire de Paris, Continuum (Toronto), Les Percussions de Strasbourg, Nouvel Ensemble Modern, Ensemble Linea, Vortex, Cairn and many others. His most recent CD, The Tubular West, was released in 2013 by Torpor Vigil Records. Samuel Andreyev’s music is published by Alphonse Leduc (Paris) and Resolute Music (USA). Also a poet, his second major collection, The Relativistic Empire, will appear in Fall 2015 from Bookthug. 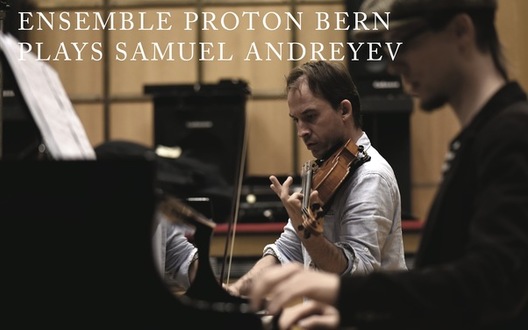 Ensemble proton bern’s CD of music by Samuel An...