I work as a film director and choreographer. I am based in Brussels and Stockholm. My artistic work explores cinema and the performing arts in which I am particularly interested in the potential of sensory perception of the spectator / audience. I conceive immersive and experiential projects within which I more specifically study the relationship between fiction and reality, the material and the immaterial, the action on the materials and the action on the body. In my latest stage works – Undertone (2010) and Hertz (2013) – the theatre space was plunged partially or totally into darkness, where a range of sensory variations – such as surround-soundscapes, live music, smells, vibrations, airflows and temperature fluctuations – were generated in correlation to performative situations of encounter and mutual dependence between a group of performers and the audience. UNDER INFLUENCE is my first feature film as a screenwriter and film director. With this film I intend to challenge the assumptions and imagination of the spectator creating environments and situations that contradict or undermine the empirical experience of the "real". In this sense, the film is excessive for the senses that is emerging around a story that wants to overcome the flatness of the movie screen and transport the audience into a spiral images, sensations and situations. For more infos: http://www.hiros.be/en/artists/detail/sidney-leoni 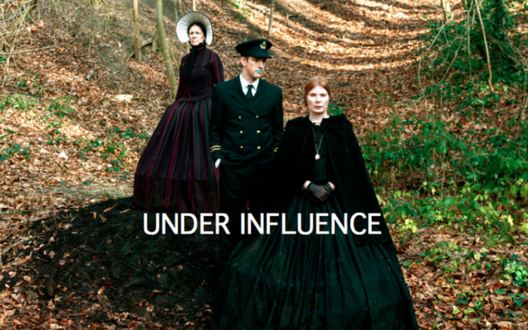