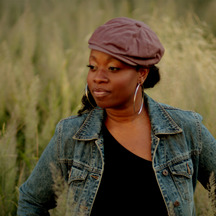 SPAÏCY BAZILE is a young Canadian Haitian singer song writer. From a young age, her grandmother would lull her to sleep, singing religious hymns in Creole. Her mother, a great music lover, initiated her to various world musical styles. Spaïcy was surrounded by music but despite her environment, her aspirations were other than music. As a teenager, she was greatly involved in sports, with the ambition of playing professional basketball. At the age of 18, she enrolled at the University of Manitoba to pursue her studies. The change of environment, together with the passing of her Grandmother, led to a great transformation. Consequently, she began singing like never before. Spaïcy enrolled in Manitoba’s Song Gala, and received first place, which led her to the finals in Vancouver’s Chant D’Ouest. Against all odds, event Godfather Daniel Lavoie presented Spaïcy with first place. After graduating university with a Bachelor of Arts in Education and a Certificate in Graphic Design, she returned to Montreal, with great determination to follow her passion for music. In 2008 she released her first Soul album entitled 1st Intuition. This album received many distinctions and invitations to participate in renowned media events: A SOCAN Nomination for Best R&B Anglophone song, Francofolies de Montréal, Télé Quebec’s Belle et Bum, Vue sur la Relève, CTV News and Entertainment Spotlight, Global TV’s Noir De Monde et Africa Monde, Plaines D’Abraham Festival, Coup de Coeur Francophone, and many more. This album crossed the borders and reached Europe. Spaïcy was the recipient of LOJIQ’s 2011 Grand Prize in Quebec, Canada, for her artistic and humanitarian engagement at encouraging education, most notably for young Haitians. She founded L’Academie-Anne-LamercieCédat, a non-profit organization, to help underprivileged children get access to education through arts. She was invited to perform, as well as address the conference at the opening of UNESCO’s 7th Annual Youth Forum in Paris. It was then that Spaïcy decided to follow her dream of music in Europe and moved to Belgium. In 2013 she got recognition with the release of her new single, Lowe Lowai. Grégory Émonet, French guitarist for Malian singer Fatoumata Diawara, produced the single. Her new single received many accolades and she was invited to perform at various festivals, most notably the prestigious Couleur Café Festival in Brussels. The adventure continues for Spaïcy as she prepares for the release of her new Afro Soul album with songs in English, Creole. 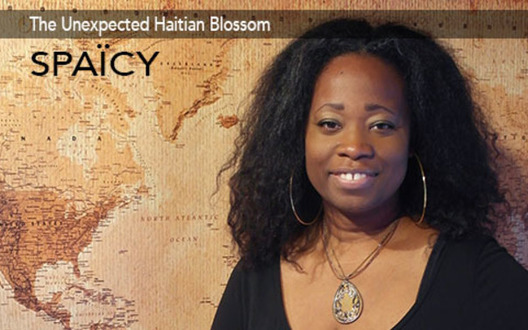