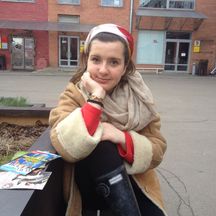 French and a quarter Syrian, I was born in Paris where I’ve grown up. It’s in the 9th arrondissement that I started sculpting (not exactly willingly but rather forced by my mum) at the age of 3 ½ at the Boz’art workshop. I’ve remained faithful ever since. My “early works” are often indescribable, sometimes looking like kebab dumplings or orthopaedic shoes… It’s around 14 that my “ style” began to take shape, when I went for abstract female figures (Yes, we can! being one of the first) and more realistic animal ones. Today, I often come back to them though I also pick up other sources of inspiration, because they are still as enjoyable. Even if some of my works have been part of private collections for a couple of years now, it’s the prospect of leaving for Moscow that convinced me to exhibit all of them. Until then I had never considered clay other than a hobby, though I am particularly keen on contemporary art and notably was a jury member of the 4th edition of the “Sciences Po for Contemporary Art Prize”. In a nutshell, I’m someone with my head in the clouds but my feet on the ground! An alumna of the Lycée Henri IV, I was admitted to SciencesPo right after passing my scientific baccalaureate. In Moscow, I first started with an exchange programme but soon switched to an internship at the French Embassy. As I’m leaving Russia at the end of June, I definitely want to make the most of it and seize every opportunity, especially as far as art is concerned. At Cambridge University, there is one museum endowed with a collection of works by women artists, among the biggest in the world. No doubt that I will be able to unleash my creativity and that my approach will be supported there! I believe wholeheartedly in this project, and I hope that you do too by now. 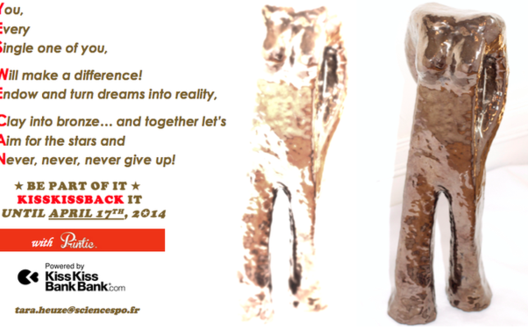