Our Biennale was founded in 2003 by Janine Euvrard. It was then called "Israël, Palestine, what can cinema do?" and was focused on the events and conflicts affecting the two peoples. The name became "Middle East, what cinema can do" when the scope of the event was broadened to include other countries in the region, Egypt, Iran, Irk, Lebanon, Lybia, Syria. Besides its film selection, the event features meetings and debates with academics, journalists, politicians...and filmmakers. Leila Shahid has from the beginning been our godmother, and Stephane Hessel remains our godfather in eternity. 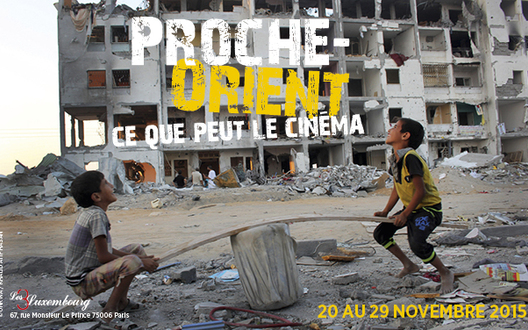