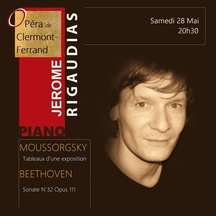 The pianist Jérôme Rigaudias regularly gives concerts in France and abroad (Rome, Krakov, San Francisco…), keeping a balance among recitals, concerti and chamber music. Alongside traditional programs (Rachmaninoff Concerto N° 2, Shostakovich Concerto N° 1 …) Jérôme Rigaudias also plays in unusual places: He played in a prison, on a platform of a train station, in a theatre under construction in Naples… Until 2011 Jérôme Rigaudias was a resident soloist in Istanbul, for the Notre Dame de Sion’s season. He also played for charity associations in France (France (Enfance et partage Auvergne) and in Turquie. He played in Istanbul with the famous singer Sezen Aksu and with the actress Serra Yilmaz. In 2015 he gave a Brahms / Mussorgsky recital at the Salle Cortot in Paris, and a Alkan / Beethoven program in Luxemburg. 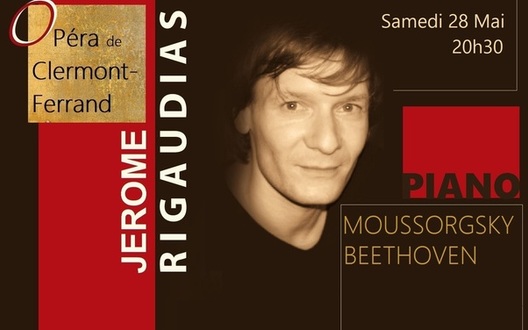