We need funds to distribute the movie. Sustain us to subscribe it to as many festivals as we can! 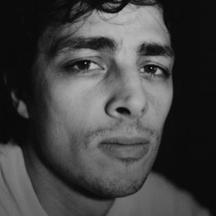 The story is this. We started thinking to produce this movie from scratch. We were only two, the director and me, who organized.

We started our adventure beginning a campaign to raise money it wasn't Kickstarter, here the first video for contributors at the moment:

That campaign was over few weeks ago and didn't gave what we expected but we were stuck on the decision of producing the movie or not.  We started the production anyways.

We took a motel in west Hollywood making phone calls, actors internet researches and setting up a temporary shooting schedule.

The first week was pretty discouraging we didn't find the actors easily, I know that is LA, everybody is an actor but we needed the right one for the leading at least. Alexandra, the writer and director was looking on internet for him, Miguel. After a few days she told me, "check this out".

I said, that's him. His name is Daniel Van Thomas.

Carlotta Montanari is the co-leading actress, she was already on board since I spoke to her on the phone before to live to LA. The director have seen the show-reel and we liked her.  She helped finding Angela and Sarah the make up artists, also Elena Beuca who plays a special role, found most of the locations for the film and contributed economically as well. For those reasons Elena and Carlotta are today our Co-Producers.

We still needed one last location and Jason Bekowsky came along saying "my house is yours" and we shoot the first two days. Jason was a great support for the production, he provided the space to do rehearsals as well some lightning and a lot of smiles. His cousin Stephen Sgaraglino was running everywhere to cover the productions need but most of all he founded the extras and Thomas, Miguele's son, in a very short notice.

Then we got everyone we needed very quickly, like a huge amount of water from a turbulent river at the end of the storm, Alex Restrepo, the mean wife; Kelly Chippendale, the hairdresser's client and Cassandra Nuss; Jason's neighbors Alex and Lizette . Without all of them the movie couldn't exist.

Alexander Drecun, the cinematographer, is an exceptional hard worker and artist. Without him we couldn't have a good deal with the RED camera lights and grips. I encourage you to watch this movie if you like photography.

Thank you to help us to make this movie be watched.

Daniel Van Thomas is proud to join the short film Trash from the Parisian production company Luproductions. From first time Hungarian director Alexandra Bognar & producer Giuseppe Lupoi, Trash records the mundane life of Miguel, an antique book collector who takes out the trash one night & doesn't come back, leaving his oppressive wife for a fling with a strange photographer & an aloof prostitute. Alex M. Drecun (Patti, Watching the World Die, Roman Candles) serves as the director of photography on Trash, which features actors such as Carlotta Montanari (The Rift, Rome, Assassin's Creed Revelations) & Elena Beuca (Soldiers of Fortune, Get Him to the Greek). Trash is set for European premiere later this year.

The movie has to be seen by the odience of festivals. To partecipate to festivals we need often to pay a fee of 20 euros minimum or we have to duplicate DVD copies to join the selections.

The festivals where the movie will be presented are almost 100.

Thanks for your help.

A personal thank you by email.

A credited thank you and a digital download of the finished film!

A credited thank you, a digital download of the finished film, plus you will be acting in the next movie written by Alexandra!

Allo fo the above plus a recorded video-chat on Skype with the director or producer. This video recorded chat will be embedded as picture in picture on the scrolling credits of the movie at the end.

All of the above plus an executive producer credit and invite to the premiere screening.

Official distributor on credits and invitation on the most important festivals where the film will take place.