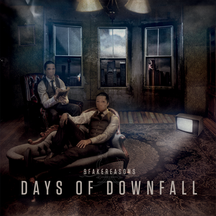 9 Fake Reasons are a french metal alternative band from Paris formed in 2011. The band is composed of Charles Mulder (lead vocals, rhythm guitar), Jay Goncalves (bass guitar), Yann Brunel (drums), and Victor Lecoeur (lead guitar, backing vocals). In October 2011, the band has released his Debut E.P including 4 tracks. A distinctive feature of these Parisian alternative metal band can rightly be regarded as live performances. This wall of sound, drive and energy sweeps away all obstacles on its way to the hearts of listeners. With that energy, 9 Fake Reasons played in many famous concert places in Paris. The band has stated that their music is influenced by many different kind of rock and metal, such as Rammstein, Metallica, Slipknot, Machine Head or Gojira. After a year of concerts, in November 2012, the band has recorded a new single “Hate after confusion” and its video clip, which was released on December 2012. 2013 is beginning : The band has performed for the TV show “Rock One Session”. On April , 9 Fake Reasons has released a new single with its new video clip : Outbreak. During summer the band has worked on their first album which was recorded and mixed by Stéphane Buriez (Loudblast) at E-Factory Studio (Nik Jones) and mastered by El Mobo at Conkrete studio. On September 9FR were signed by Dooweet Records for their first album : “Days of downfall”, which will be realeased in early 2014. On December, 9FR has performed in the #1 Metal TV Show in France “Une Dose 2 Metal” 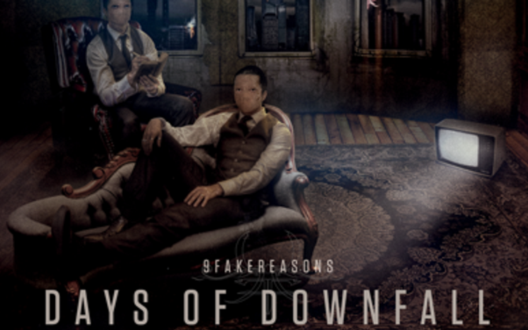