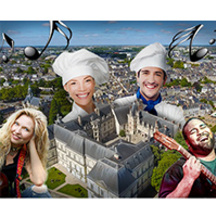 Claes, Martin, and Tony - three jolly 'musketeers' who need your support to highlight the skills of singer/songwriters via interviews and roleplaying in some of the most beautiful surroundings imaginable! Add to this platefuls of the best in french gastronomy, and you have a recipe that will hold you spellbound for the 40 minutes of each episode! ____________________________________________________ _________________ Tony Taylor: Raised in Ireland and the Isle of Man, he has been a Rock music fan for as long as he can remember! Since he came to live in France 24 years ago, he's written articles and done interviews for several music publications, most notably Dreamwest Magazine for which he served as International Artistic Director for five years. As a member of the Country Music Association in the US for well over a decade, he's heavily involved in supporting the Country Rock scene, above all the new talent coming out of Nashville. However, he never lost his love of Rock and Pop, and he admits that his favorite artists of all time are ABBA, U2, and SIMPLE MINDS! Passionate about many things, he says that his biggest weakness is his love of Champagne, Beer, and french cheese! ____________________________________________________________________ Martin Kløft: INNOVATOR - FREE-THINKER and passionate about making a difference... Martin has a wide range of experience in relation to managing, producing, and being the “octopus” in all kinds of entities. He has the ability to create a working environment that empowers people to perform at their best. Furthermore, he has over the last 25 years been producing, editing, filming, and performing extensively. During this time, he has produced over 280 presentations, TV commercials, media productions, and Video News Releases. He has produced and participated in more than 100 theatre, music and dance performances. Founder and partner of Wallbreaker Dynamics - an Interactive tool for Democracy in the 21st century ... _____________________________________________________________________ Claes Cem: A top class professional musician and singer/songwriter with roots in the Danish mould and the American folk pop tradition. He is the epitome of the autodidact free bird who has learned his craft from scratch and outside the established channels. His style is straightforward, infectious, and uncrowded, and he feels at home in most rhythmic genres. Claes at an early age was attracted to the guitar The soundtrack of his childhood consisted of Paul Simon, Sting, Billy Joel and Dave Matthews - artists whose music greatly influenced his own later song and play style. Claes Cem has put his heart, soul, and personal anecdotes into his recordings, collaborating with Grammy-Award winning producers in the United States such as Carlos Bedoya in Miami, Jamie Slocum in Nashville, and Scott Matthews in San Francisco. Claes Cem’s works have been featured on US television shows such as ABC’s “Extreme Makeover” and “The Bachelor.” not to mention his last three singles “Rosie,” “40,000 Feet,” and “You Ain’t Beaten Yet,” all of which received extensive airplay on Danish National Radio. The music video for his first single titled “You Ain’t Beaten Yet” off his forthcoming album, had its premiere on VH1, CMT, and MTVu this past year. 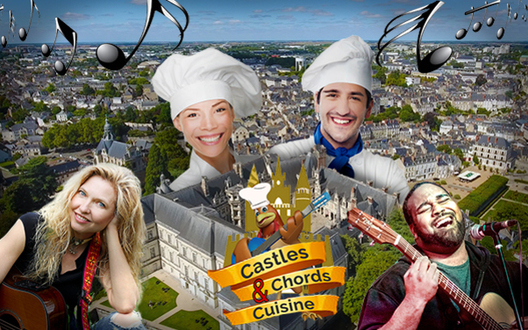