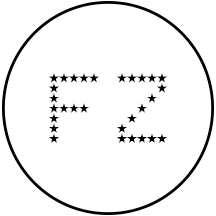 Andrea Fagarazzi and I-Chen Zuffellato are two indipendent directors, performer and authors collaborating since 2005 as a interdisciplinary art group. In their projects they explore the bodily concepts, constantly investigating the fractures of the society and the plurality that cross the identity. In their works they use diverse expressive languages such as dance,... Voir la suite

Andrea Fagarazzi and I-Chen Zuffellato are two indipendent directors, performer and authors collaborating since 2005 as a interdisciplinary art group. In their projects they explore the bodily concepts, constantly investigating the fractures of the society and the plurality that cross the identity. In their works they use diverse expressive languages such as dance, performance and visual art. They question the act of performing, its forms and its relation to the public. They have curated the promotional images for Opera Estate Festival 2007 in Bassano del Grappa. Their first performance Io Lusso has won the production prize Dimora Fragile 2008 – Terni Festival (IT), and it has received the 3rd Prize at EXTRA – segnali dalla nuova scena italiana 07/08, “for having dealt with seductions and contraddictions of the society of image sabotaging the codes through the language of the body". In 2008 their video-installation Olympia Sottovuoto is nominated in Madrid for the international Culturas – Awards & Exhibition for the Intercultural Dialogue, an event under the aegis of Spanish Ministry of Culture. Since 2010 they are recognized as one of the most “break in” reality of the italian performing field. They created Enimirc, a performance that through a process of deconstruction of the gaze puts in discussion, on the verge, the relationship between performer and spectator, the project has been supported by Moving_Movimento 2009 in Fabbrica Europa, React! Festival Santarcangelo 2009-2011, Movimenti 2010 - Teatro Fondamenta Nuove di Venezia, OperaEstate Festival Veneto. In 2011 the Centro Arcobaleno – community for the psycho-social rehabilitation in Arzignano – Italy, invites them to realize a theatrical project, and the result of this collaboration is Kitchen Of The Future, a performance that start from dreams and traumas of the 36 guests and health workers - between 18 and 60 years old - to flow into a series of portraits that intercepts the malaise. In 2013 they receive the prize Premio Città Impresa ai giovani talenti delle Venezie for their activity contribute to the growth of the italian country. With Bet On Utopia, a performative-installation that re-think the exchange between knowledge and economy, they received the special mention at Indipendents05 in ArtVerona Fair 2014. Their productions have been nationally and internationally presented such as OperaEstate in Bassano del Grappa, APAP meeting 09/Szene Salzburg (AU), Fabbrica Europa in Firenze, Santarcangelo Festival 40, Museo do Oriente in Lisboa (PT), Es.Terni – International Festival of Contemporary Art in Terni (IT), Mellemrum Festival in Copenhagen, Exotica in Chang Theatre Bangkok and Buda Kortrjik (BE), Contemporanea/Colline/Festival Prato, Inequilibrio Armunia Festival di Castiglioncello, l'Animal a l'Esquena cos creacio i pensament Celrà – Girona (ES), Centro Coreografico Martin Padron de la Gomera Canarie (ES), Teatro i in Milano, Omissis Festival Gradisca d'Isonzo, Zoom Festival di Scandicci, among others. www.fagarazzizuffellato.com