Isabelle Nobile : "I am a film distributor and an sales agent. I was born in France in 1986 and moved to the Netherlands in 2013. After two Master degrees in Film Studies and Intellectual Property Law, I worked for Capricci Films in France (distributor, producer, publisher and sales agent) and Numéro Zéro (distributor) in Belgium. I released ambitious art-house and critically acclaimed films from all around the world, fictions as well as documentaries, contemporary films as well as classics. A few titles I released in France: “Go Go Tales” and “4:44 Last day on earth” by Abel Ferrara, “In the presence of a clown” by Ingmar Bergman”, “Story of my Death” by Albert Serra (Golden Leopard at Locarno FF) and Gaudi Award for Best Costume Design), “The Lord’s Ride” by Jean-Charles Hue, “Winter Vacation” by Li Hongqi (Golden Leopard at Locarno FF, FIPRESCI Prize, KNF Award at Rotterdam IFF), “Fengming: a Chinese Memoir” and “The Ditch” by Wang Bing. In Belgium, I released “The Strange Color of your Body’s Tears” by Bruno Forzani and Hélène Cattet, “La Fille du 14 Juillet” by Antonin Peretjatko and “La Bataille de Solférino” by Justine Triet." Christian Pazzaglia : I am a professional film programmer and multimedia curator based in Amsterdam (The Netherlands). Since 2006 I have been working as film programmer and as curator of special audiovisual events for festivals, venues and cultural institutions throughout The Netherlands and abroad. Between 2008-2010 I was Head of Cinema for SMART Project Space in Amsterdam, managing and programming its two cinemas. Since 2011 I have been working as freelance programmer for a number of Amsterdam cinemas (Rialto, EYE, De Balie, Melkweg, Uitkijk) and film festivals (including PLAY Music & Film Festival / IDFA, See Me Hear Me Festival, Balkan Snapshots) curating special film programs and retrospectives. In 2013/2014 I worked as film programmer for Plaza Futura in Eindhoven. I currently collaborate as external programmer with Bingerlab, FOAM and EYE in Amsterdam and I program music films and documentaries for Noordelijk Film Festival in Leeuwarden. Next to my work as film programmer I am the co-founder and curator of the live cinema project |Cine|Sonic|, a multimedia platform offering cutting-edge electronic music producers the opportunity to work with silent films and artist videos. |Cine|Sonic| has been hosted by various major Dutch festivals and venues such as Lowlands Festival, 5 Days Off, Rocket Cinema, Noordelijk Film Festival, EYE Film Institute, Paradiso, Melkweg, Trouw and more. |Cine|Sonic| events are part of the regular program of Goethe Institute Amsterdam, since 2009. 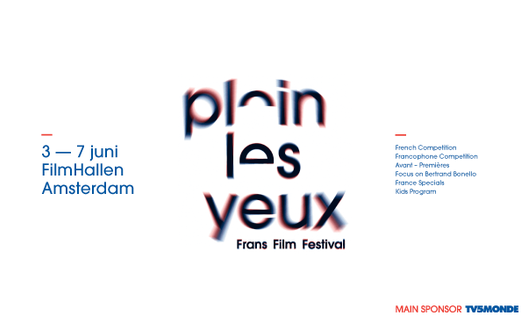