LA DOLCE MANIERA is a vocal ensemble that specializes in the interpretation of music from the 17th and 21st centuries. The ensemble was born in the heart of the Académie Supérieure de Musique de Strasbourg, where Luigi Gaggero (the musical director of the group) and Silvana Torto (mezzo) teach. Taken with its double meaning, the name of the ensemble prefigures its esthetic program: in part, the permanent search for a “sweet manner” linked with a very great attention to the prosody as well as the phonetic splendor of Italian poetry; the other part, the representation of the “beloved mannerism”, the rendering of chiaroscuro with bright colors and incisive theatricality, characteristic elements in a great part of Italian music of the 16th and 17th centuries.  Another specificity of La Dolce Maniera is to play madrigal repertoire from re-transcribed sheet music, which while respecting all the details of the original manuscripts, proposes an innovative metric organization. This contributes to a fresh and lively interpretation of the music by giving a particular importance to rhythm and counterpoint.  The interpretive qualities of the young ensemble rapidly led it to perform in many important European festivals and to inspire composers such as Ambrosini, Antignani, Gervasoni, Maestri, Politano, Solbiati and Yeznikian to write and dedicate pieces to the ensemble.  La Dolce Maniera recently recorded for the Italian label Stradivarius, the Fourth Book of Madrigals by Monteverdi, which was praised by critics.  ARTISTIC DIRECTOR: LUIGI GAGGERO (Genoa, 1976): after having studied percussion with Andrea Pestalozza in Genoa and the cimbalom in Budapest with Márta Fábián, he received his Soloist Diploma in percussion at the Hochschule für Musik Hanns Eisler in Berlin. He has since participated in concerts throughout Europe (Philharmonie of Berlin, Prizregententheater of Munich, deSingel of Antwerpen, Royal Festival Hall of London, Konserthuset of Goteborg, Scala of Milan, Biennali of Venice and of Salzburg), in China and in New York (Carnegie Hall).  He regularly plays with the major orchestras of Europe (Berliner Philharmoniker, Münchner Philharmoniker, Münchener Kammerorchester, Philharmonia Orchestra in London, Filarmonica della Scala di Milano, Radio Filharmonisch Orkest Holland, Orchestre du Théâtre de La Monnaie à Bruxelles) and contemporary music ensembles under the direction of conductors such as Abbado, Barenboim, Boulez, Harnoncourt, Jordan, Muti, Nagano and Rattle. His recital CD “Un brin de bruyère” came out with Stradivarius and received the critical award 5 diapasons. As a conductor, he directs a number of groups, with a repertoire mostly of baroque and contemporary music. He founded the vocal ensemble La Dolce Maniera in Strasbourg and they recently recorded the Fourth Book of Madrigals by Monteverdi.  Luigi Gaggero is the professor of cimbalom and the director of the Contemporary music ensemble at the Conservatoire and the Académie Supérieure de musique in Strasbourg. 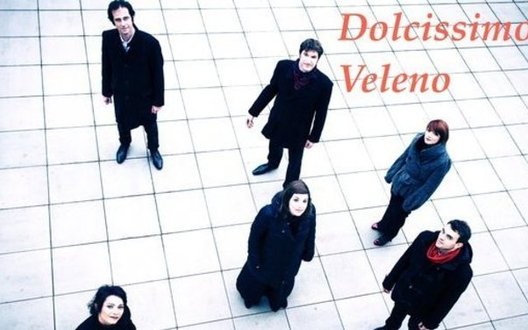