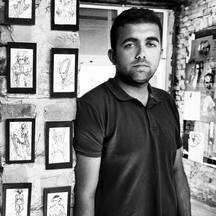 Mak Hubjer (1993) is artist from Bosnia and Herzegovina. He's a student at painting department at Academy of Fine Arts in Sarajevo.His work was shown in multiple national and international exhibitions. Mak Hubjer is creator of „Izlozba na šinama“(Exhibition in tramway) 2015. Mak Hubjer’s work is based primarily on social problems, and interventions in public spaces. His interventions are primarily based on making exhibition space from places that are not made for that in first place. His works are politically and socially engaged, often trying to make a protest, and to bring art closer to the people. Works done in studio are mostly water colors painting, and mixed materials installations. 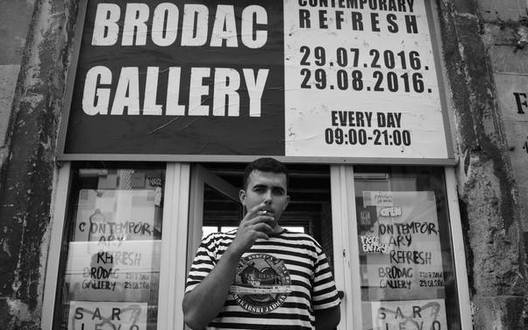