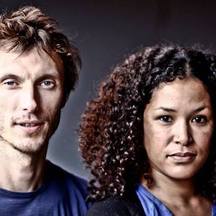 MOYA MICHAEL : Born in Johannesburg South Africa where she Trained in ballet under the direction of Dianne Sparks. She went on to study to obtain a national diploma in Contemporary and African dance at the Tswhane University in Pretoria between 1994 and 1997. She was then awarded a full three year scholarship to study at P.A.R.T.S the School Of Anne Teresa de Keersmaeker ROSAS. She met Akram Khan in the year 2000 and moved to London to become founder member of his company. Moya toured various of his works for a period of five years. She was nominated for a best dancer award at the “ITS” festival in 2003. In London she was commissioned to make her own work . She created 'Hatch' which premiered at the South Bank in London in 2003. That same year she was awarded the Standard bank Young Artist Award for dance at the National Arts festival in Grahamstown South Africa. In 2005 Moya was invited back to Belgium by Anne Teresa de Keersmaeker and became a member of the ROSAS Dance company where she stayed and still free lances with. In 2009 Moya was invited to create a duet for two dancers of the Attakallari Dance Company for the India Biennale in Bangalore. That same year she was invited to create a work on the graduate students at Arizona State University. Moya has also been member of “Eastman” and part of the creation of Sidi Larbi Cherkaoui’s "Babel" (Words) 2010. In 2011 she performed her first solo (for two performers) “At this Moment...” in Dance Umbrella Johannesburg, together with musician Fritz Welch. Her latest work is a duet ‘Darling’ in collaboration with Igor Shyshko which premiered in Stuk Leuven. Moya was invited by the JinXing Dance Theatre in China to create a work which premiered in October 2013. Moya lives and works in Brussels Belgium. IGOR SHYSHKO : Born in the city of Gomel, South east of Belarus. At the age of 16 he developed an interest in dance and then joined the local community cabaret group “ZAVTRA”. In 1993 Igor moved to Minsk where he went on to study at the 'Belarussian University of Culture' with his majors in Contemporary and folk dance. While studying he worked and performed with the group 'Kvadro' under the direction of Aslamova Inna. In 1997 Igor moved to Belgium where he continued to further his studies at PARTS (Performing Arts Research and Training Studios) under the direction of Anne Terese de Keersmaeker. In his final year of PARTS, he contributed to the creation of “RUSH” by Akram Khan and then moved on to become a member of the Rosas dance company from 2000 - 2010 where he performed and toured numerous works and still freelances with now. In 2010 he was involved in the creation “Minute Opportunes” of 'Michele Noiret' which continues to tour. Igor also dances with Marc Vanrunxt in 'Zeit' and 'Abstraction'. And performs with Arco Renz in his latest creation 'Dust'. Igor lives and works in Brussels Belgium. 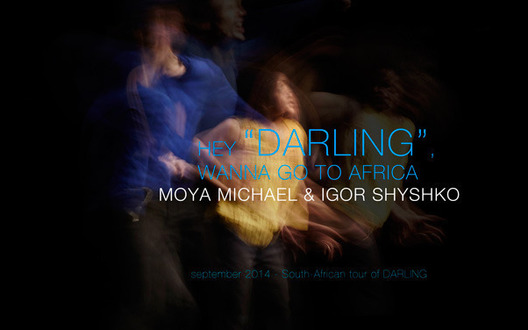