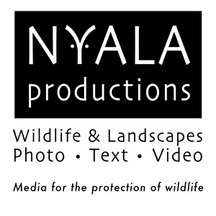 Thierry Grobet (1973) is a Franco-Swiss photographer based in Addis Abeba, Ethiopia. He speaks French, English and Spanish. Thierry began his career working for various Swiss newspapers during which time he obtained his RP (official Swiss professional certificate) in journalism. He covered themes such as sport, portraits, documentaries, cultural events and more. At the same time Thierry collaborated with the Rolex Awards for Enterprise and over a 10-year period was sent to various countries including Pakistan, France, Thailand and Mexico. He also worked for Helvetas (a Swiss humanitarian organisation) in Africa, in partnership with the Photography School of Vevey, supporting projects lead by Swiss photographers Daniel Baudraz and Luc Chessex. Member of Phovea (a Swiss photo agency) since its early stages, Thierry decided to leave Switzerland in 2011 to discover Ethiopia, especially its wildlife, living his dream of becoming a wildlife photographer and eventually a movie-maker. For him, these activities are his passion and they can also strongly contribute to saving our beautiful planet and all its creatures, including human beings. That's why Thierry also created NYALA PRODUCTIONS, media for the protection of wildlife. The current project is "A WOLF FOR ETHIOPIA".