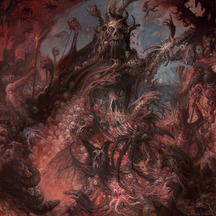 Musically hybrid, crossing the greatest extreme genres with a tortuous progressive feeling, WARPSTONE's sound is deeply engraved to a unique, occult and horrific landscape. Anthony M. and Michaël R. , the band's summoners wandered the extreme metal panorama since the 2001 exploring and spreading their visions in a few prototypical bands, from melodic black metal (ANTHEM), to sci-fi technical death metal (THARSIS). The birth of WARPSTONE, back in 2009, came from the aspiration to honor the band's first musical loves, travelling again into the grim landscapes shaped by the revered ancients, blending the Scandinavians occult and grim acts such as DISSECTION, ENSLAVED and MÖRK GRYNING to a more colored approach of songwriting, picking the necessary ingredients from the whole Metal scene, (Death, Thrash, Heavy)in order to make a unique but tasty stew! The band's first production, recorded in COX IN HELL STUDIO has been revealed in taking part to a VS-WEBZINE and ROCKHARD contest, where the "Obsidian Circles" demo reached finalist position. The two following years were dedicated to the songwriting of DAEMONIC WARPFIRE, the band's first album, who was finally released in 2012 after a full stream on Bandcamp. Finally in 2013, WARPSTONE proudly joined The Witchtower Productions, and is actively preparing its next studio album. This finely crafted black jewel can't wait to be unveiled ! 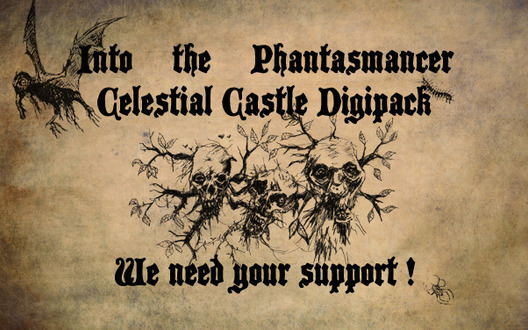