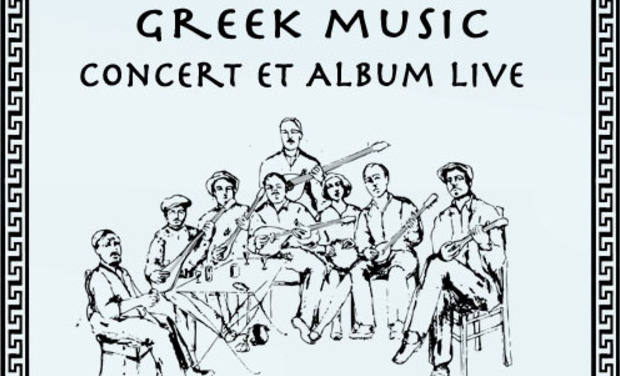 Our association “Le Blues du Pyrée”, has been promoting Greek culture and especially it’s music through the organization of concerts, musical lectures, and conferences since 2008 in Millau, Aveyron FRANCE.

We are organizing a unique concert  “Journey into the heart of Greek Music” on November the 14 2015 in Millau, Aveyron featuring the musician Nicolas Syros and his band coming form Greece.

Nicolas Syros is a singer and a bouzouki virtuoso, an essential reference of the Rebetiko genre, the famous Greek Blues echoing with an incredible acuteness the crisis that Greece is going trough.

We want this concert to be a resounding success. It will gather many musicians and  greek singers in the théâtre de la Maison du peuple, birthplace of the romance that started 30 years ago between Nicolas and the city of Millau.

For several years Nicolas and his musicians continue to delight their auditors  with authentic greek music in various concerts and Festivals. Among which that of The violin on the Sand to Royan:

This concert will have for theme the Rebetiko of course, the legacy of the the Mater Tsitsanis him-self, but will also features a more modern repertoire to show in other ways, how eternal Greece is.

Nicolas has, in the past,  recorderd Rebetiko Albums.

Our desire is to associate you with the financing of this project to immortalize this event.

Because History , in Greece,  in Europe and in all around the world will always be the sum of numberless little stories like this one. An assertion of life, of love and of music beyond the austerity of monetary funds

The collection is meant to pay for part of the total cost of the project that comes to 13 000 € divided up as follows:

-The musicians' fees, taxes, plane tickets and hotel fees for the musicians that will be travelling from Greece, sound system : 5900 €

-Cost of the KisskissBankBank platform ( 8% of the collected money)

What shall we do with the extra funds if we overtake the amount of the collection ?

50% of the sum in excess will allow the Association to participate in financing the medical equipment of Skopelos hospital in 2016, the isle of Skopelos being the birth place of some musicians of the group.

25% to participate in a tour of lectures in France or Europe about Rebetiko, animated by a Lecturer and Nicolas and his group.

25% to organise events about Greek culture together with the local cultural associations ( visits of Greek writers, Theatre activities for children etc.)