Let's share the Altlantic and the vegetal fibers ! Come aboard with Annabelle for a unique transatlantic in a boat made of linen. 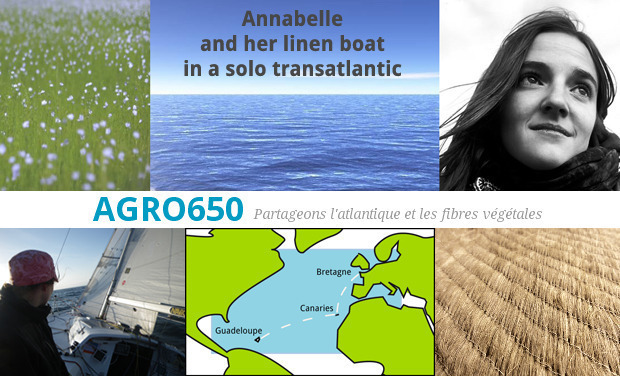 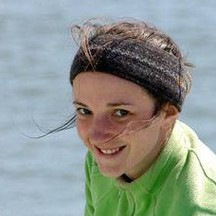 At 45 days of the start, Annabelle is still looking for fundings ! The Agro650 association launch this crowdfunding campaign to help her raise the money and cross the atlantic with Agro650 the boat partially made of linen fibers.

The goal of the Agro650 association is to promote the use of plant fibre in composite production and take on ecological solutions through simples and concretes projects. This year our big projetc is Annabelle's transat.

Anna-Bee made a great job since march, she managed to qualify herself for the mini-transat, the boat will soon go back to the water, ready for the start. She only miss part of the budget to be able to go.

Why use plant fibre ?

1. They reduce significantly the use of petrochemical products in the production of composite material. 2. They are locally produced (linen in France, jute in Bangladesh, etc.), and therefore minimize transport costs. 3. Their implementation is healthier for the technicians. 4. They boost the growing of plants that were losing momentum and have a positive impact on the environment and on the economy.

Crossing the Atlantic solo on a 6.50 m monohull. - This race has existed since 1976 ! - 100 competitors: 50 prototype and 50 class boats from 15 different countries, - Two legs : The race will start from Douarnenez on October 13, 2013 - It will then stop during one week in the Canary Islands - The arrival is scheduled between November 23 and 30 in Guadeloupe. - To qualify for the transatlantic, I'll have to sail solo a 1,000 NM compulsory itinerary and 1,000 NM during regattas, with or without a co-skipper. - Many famous sailors went on the « Mini 650 » : Thomas Coville, Ellen MacArthur, Michel Desjoyaux, Loïc Peyron, Yves Parlier, Isabelle Autissier, Laurent Bourgnon, Jean-Luc Van den Heede, etc. THERE ARE MORE MOUNTANEERS WHO HAVE CLIMBED MOUNT EVEREST THAN SAILORS WHO HAVE FINISHED THE MINI 650 !!!

The idea is to sail on a boat partly made with plant fibres, and prove these are viable, even in a hostile environment. This project will help with moving on from an experimental phase to a phase of production and use of these plant fibres in our everyday lives!

To obtain your rewards, send a mail to agro650@gmail.com with the following informations:

For the t-shirts, tel us which gender and size (from S to XXL)

The campaign would be to collect 15 500€ at minimum 8000€. Without this amount, Annabelle will not take the start. Here is what this amount is for :

The project is mainly financed by Annabelle herself for 20 000€

The association was able thanks to her partners to financed the inscription fee for the race and would like to take in charge the Cargo return and the sails.