Support the women's squash! Support the biggest international woman's tournament of 2020 in France! 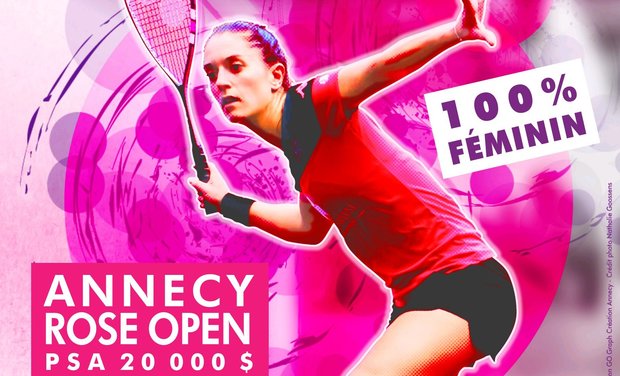 3 years ago, we, the volunteers from Annecy Squash, organized our first international men’s tournament: A first in the Rhône Alpes region.

We wanted, in our own way, to promote squash in France and to introduce this game to the general public.

The Annecy PSA Open 2017 was won by Benjamin Aubert, a very young Frenchman on the circuit, who has since joined the club and he is currently ranked 9 in France and 70 ibn the world.

In 2018, we revised and increased the prize money from $5000 to $10000. With a higher increase in prize money we wanted to attract higher ranked players. The French were well represented: Baptiste Masotti, Benjamin Aubert, August Dussourd, Victor Crouin for example. But we were pleased to receive responses from more well-known international players like, Richie Fallows, ranked 50 in the world and Mohamed El Sherbini, ranked 47 in the world who also lifted the Annecy PSA Open 2018 trophy.

In 2019, we launched a new challenge. Why not offer an international women’s tournament? Indeed, few international tournaments take place on French soil. Thus, the Annecy Rose Open 2019 was born.

For the first event the players, Coline Aumard (French no.2), Melissa Alves (French no.3), Enora Villard (French no.4), Fanny Segers, Yuna Loaec, Maud Duplomb played and were therefore present on D-day. Also present were well known foreign players, from the professional circuit like Milou Van der Heijden (Dutch no.1 and 32 in the world). She is the player who won the tournament against our Coline Aumard.

This year the Annecy Rose Open 2020 will be the biggest tournament on French soil. We hope that with this prize money women’s squash will gain popularity, both nationally and internationally. Our ultimate goal is for this event to become an important tournament in the squash calendar.

Coline Aumard and many others will be here again to provide you with great and intense matches.