Follow and support the making of "Bachelorette Party", the new short film written and directed by Maud Lazzerini and produced by Or Films 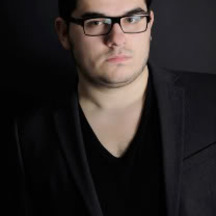 Bachelorette Party (One last night to be yourself).

Judith, a 30 years-old American woman is getting married in Paris, she will have one last night to enjoy herself and do what she always wanted to do.

« After two years in the United States and in Paris for a few months, I wanted to write and direct a simple but universal short film that could include both cultures. »

Bachelorette Party will deal with Judith’s, a 30 year old American woman, last night before her wedding in Paris.

Refusing to spend too much time at the traditional and predictable bachelorette party organized by her bride maids, she will decide to offer herself one last for herself before the biggest commitment of her life.

Graduated as a valedictorian at the French Cinema School, the ESRA in Paris where she wrote and directed Juliette. She lives now between Paris and New York. She directed, in 2013, a second short film about the Burlesque scene, this time in New York. She is currently working on her first feature film, Underneath Her Skin.

Through her filmography, Maud developed a unique vision on the theme of women in modern society, and Bachelorette Party carries on that reflection.

Bachelorette Party is produced by Or Films, the brand new production company created by David Tuil with who Maud already collaborated for Juliette.

After directing a few short film, including Coupable(s) produced by Kafard Films (3 awards, 11 festivals selections including Juste Pour Rire in Montreal, Grenoble Short Film Festival and the MK2 Short Film Competition), David founded Or Films with the envy to produce his future projects but also to support and promote the work of artists he believes in.

Skillful, he also worked in the production team of the succesful French TV Channel Studio Bagel, and at the creation of promotional videos for music artists such as Jidax, Tara Mcdonald and Snoop Dogg.

Born in England, Kaya moves to Australia in 1998 to study stage acting. She continues her course at the University of Flinders before leaving for Paris where she has been living for the past five years. There, she studies at the Conservatoire. She works then on many plays, feature films and TV shows.

After a substantial music education, Barbara starts acting at the age of fifteen, first on TV in “Le Frangin D’Amérique” by J.Fansten (Revelation Award at the St Tropez Film Festival). She then acted in twenty feature films for cinema and TV.

On stage, she collaborates in 2011 to the “Jubilé d’Agathe” by P. Lainé alongside the French film and theater legend, Gisèle Casadesus.

She is graduated at the LAMDA in London and the CNSAD in Paris.

In 2014, she is chosen by Benjamin Biolay to play the lead character in his musical short film “Office du tourisme” presented at the Festival de Cannes for a special screening, Cannes Talent.

James Gerard was born as Gerard James Smurthwaite. He is an Anglo-Australian actor who worked in French and American feature films. During his fifteen years long career, he played in films such as Lapsus , Elle s'appelait Sarah and Grand Star and many TV shows including Sex and The City.

Moi Je, Loïc Lassablière by his name is a French well-known electronic music artist from Lyon. His work has been mostly influenced by funk music. It is the first time Loïc is going to compose a score for a film.

Garance is a young and talented cinema professional. Very early during her course at the French cinema school the ESRA, she developed a passion for light craft and photography. This project will be her seventh short film as a director of photography. She also worked on a dozen of other projects as a gaffer. Her last one, the music video Everlasting Highway by the electronic music band Quiet Please showed her taste for unique universes.

It is during the year she lived in New York that she met Maud. After several parallel projects, Bachelorette Party is their first collaboration together.

The fundraising for Bachelorette Party will help us to get the third character of the film on board: THE HOTEL. The action takes entirely place inside the hotel the girls have their party in, and that’s why the choice of the hotel is essential.

As for Juliette and Betty, we are very fortunate to shot the film with an Alexa, the Arri cinema camera. With such an amazing tool, our extremely gifted crew and our extraordinary cast, everything will be here to film the most beautiful set. However such an exceptional location has a price, and a Parisian Palace is pricey, and that is why we need your help !