Bouchra Baibanou - My way to Everest

Together, let's reach the peaks ! 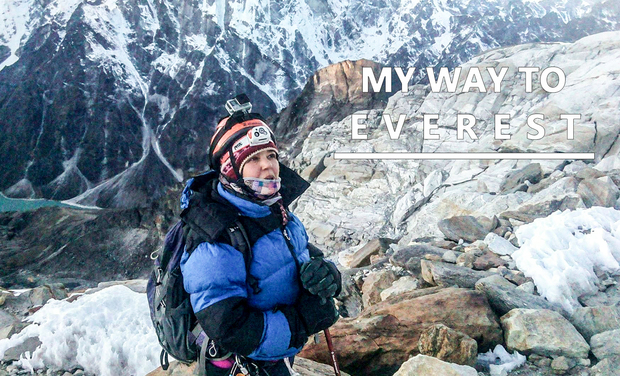 Bouchra Baibanou - My way to Everest

Bouchra Baibanou, a moroccan woman with a big ambitious dream of climbing Mount Everest, the highest mountain in the world.

Bouchra Baibanou is a moroccan mountaineer who has always dreamed of climbing the seven highest peaks on every continent.

Since 2011, she has successfully climbed five of the seven summits :

- Carstensz: The highest peak in Australia

In achieving this challenge, she will be the first Moroccan woman to climb Mount Everest. By sharing her experience , her ultimate goal is also to encourage people to believe in their dreams. Her message is simple: No matter who you are and where you come from, you are supposed to succeed, you deserve to realize and live your dreams !

With every reached peak, Bouchra demolishes a mountain of prejudices and with every step closer, she creates the image of an independent, strong, open a d determined muslim woman. For many women in Morocco and around the world, she is a role model of freedom, equality and women's rights.

The ascent of Everest costs more than 60,000 euros. The 8848 euros will be used to purchase the air tickets, to pay the training courses of preparations and some of the necessary equipment.

Your name on aftermovie credits.

A phone call from Bouchra to thank you personally about your contribution + previous rewards.

A name or message rised on Everest summit + previous rewards.

Your Name, message, picture or logo printed on steamer and rised on Everest summit. (Dimension 12cm²) + Your logo on all communication supports with "Sponsor mention"