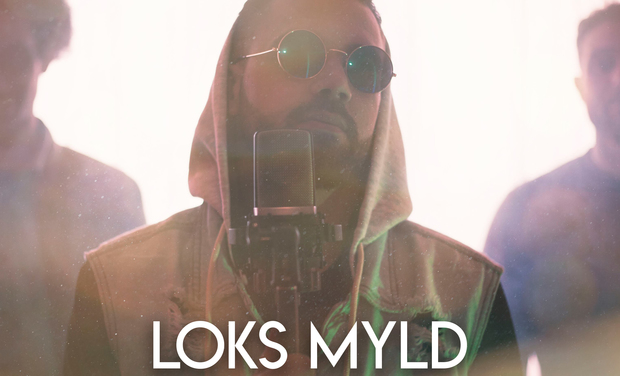 0contributeur0 €sur 3 240 €44 joursrestants0 %This EP project was born after the meeting between the 3 beatmakers Clyde Bessi, Chrys D. & Loks Myld, during the "Lord of the Beat" Battle Contest. Besides, this September they had the chance to made the first part of School Boy Q concert at House Of Vans London "Share the stage" with the rapper D. Mad !

Loks Myld, leader and singer of this project brings us some Hiphop music with strong Soul and Funk influences.

Loks Myld : Coming from Réunion Island and living in Montpellier (south of France) since 5 years, he is an eclectic and multidisciplinary artist. Singer, songwriter, composer and beatmaker; he has already done some solo projects like recently « Rich » and « Broken star » with Raw Musik Label.

As a Beatmaker he also entered several contests like Instros Only, Music Producer Convention, Lord of the beat.. etc. Musical Producer of 2 Singles for the VSO group Flingué & Mojo, he signs all musics of the teasers of the famous Battle of the year (International Bboy contest) France 2018.

Sound engineer, Beatmaker and Sound designer, he is a real Hiphop fan influenced by Hiphop coming from Detroit. He produces underground music but never forgets his roots from Réunion Island.

Clyde Bessi : Half of the Chillõn Kactus duet from Marseille.Winner of Lord of the Beats 2017 / Winner of Alphabeats & friends 2017 contest / Winner of Battle Secret de Beatmaker 2nd edition / 2nd place Instros Only London Showcase 2018 / Finalist Music Producer Challenge 2017 / Finalist Battle Royal EastWest 2016 / He will enter the Battle Beast of the Beats in Atlanta in December 2018.

This EP will be made of 6 tracks :

6 songs with variations of lyrics, between soft and deepness of soul. All this in a soul, hip hop and electro mix freshly made by those 3 dudes.

A name that fits well with this musical rainbow, is Sunday. Why? Tripping in a groovy spirit but also in a chill mood, they won’t miss to bring you in a gloomy vibe in a way that will be appreciated. Sunday refers to the this last calm day of the week but also the sweet taste of life you can feel in a desert.

If we have more than our goal, each euro would also produce one more video clip and provide communication and advertising/diffusion media campaign for your best pleasure