Need your help for my short film project! 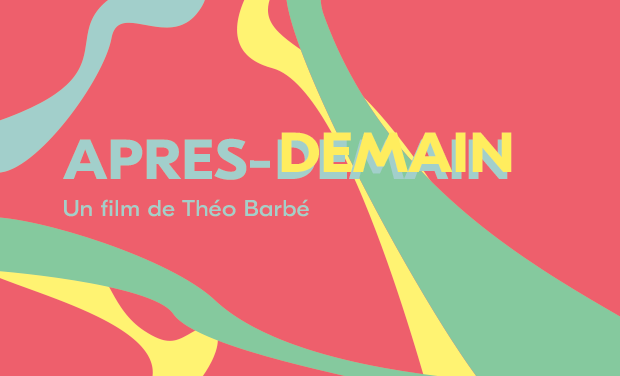 Having just finished writing the script for my short film and sorting out a few details, I am now ready to launch the project. I will make the movie in May. I will be the director and writer, however I won't be acting in it...the task is already hard enough as it is. I only need one thing: the funding!

I will explain the details of the funding in a moment, but first of all - as I know it's what matters to you most - I will talk about the script. Just a few fords, as I wouldn't want to deny you the pleasure of discovering it for yourself at the cinema on the day of the screening...

It's a caustic, slightly dark comedy, treated in a very realistic, down-to-earth manner. Gabriel, a young Parisian man working for a private firm, joins Juliette, a mysterious and slightly crazy girl he barely knows, for a week-end with her friends in a country house. He meets her friends, who are very eco-friendly, intellectual people, for the first time. They are liberated (perhaps too liberated), straightforward and too honest, at times moralistic, and live independently in this house. While they all mean well, they are very different to Gabriel and he finds them hard to get along with, torn between his tendency to judge people, his attraction to Juliette, and his need of some fresh air...

Judd Aptow's opinion about comedy is clear: "there is a catastrophe, we are all going to die. That's a good enough reason to start making comedies" So let's do it!

Comedy as I see it is strongly linked to reality: to recognise and identify oneself in a situation or a character adds to its comical, as well as positive, effect. This is why I would like to direct this movie in a very realistic manner.

I like to laugh about awkward situations or uneasy people who try their best to get along with strangers, but just end up living in a nightmare. The film I have written is about these situations, this kind of humour.

This is why the way I direct the actors will aim to give to the movie a 'realness' by showcasing reality rather than trying to force laughter. Sincerity comes first. In comedy, there is nothing more serious than a laugh.

It's through the eyes of Gabriel that we discover this house of eclectic and special characters. But it is also Gabriel himself that we get to know, with all his qualities and shortcomings, his desires and his weaknesses, that are not far from mine, and probably not far from yours.

THEO BARBE - DIRECTOR AND WRITER. After finishing my Masters in English and French Law, I started working as an assistant director on film sets, such as Mr Morgan's Last Love, directed by Sandra Nettelbeck, or the series The Bureau, created by Eric Rochant, while also taking acting classes. I created the short comedy show Happy Hour, currently awaiting production. Today I am working with a production agency and I am surrounded by professionals who inspire and guide me more than I could ever have hoped.

LEO BURGAT - PRODUCER. Leo is currently working for a production company, making films and series for TV as well as feature films. His experience is strong, ranging from advertising to cinema and music videos, and he's worked with some of the biggest names in international cinema: Brad Pitt, Leonardo Di Caprio, Woody Allen and Stephen Frears, among others. Leo has a undying desire to bring new projects, such as this one, into being.

THOMAS WOOD - DIRECTOR OF PHOTOGRAPHY. He recently completed his Masters of Fine Arts at the New York University Tisch School of the Arts. He has worked on several movies across Europe, Asia and the United States and has been selected in numerous international festivals (Clermont-Ferrand, Hamburg, Newport Beach, Paris, Milan, Madrid, etc). He will work on the visual and cinematographic aesthetics of the film.

Antoine Guyot is Gabriel. After ten years at the Conservatoire, he trained in the Meisner technique at both the Cours Florent and the Cours Simplicius, under the direction of Romain Marie, who went on to cast him in plays/theatre productions, at the Théâtre du Marais and the Théâtre de l'Aktéon. He then oriented himself towards the camera, working on several series and short films intended for festivals. Antoine is also co-creator of the series Happy Hour.

Lisa Wisznia is Juliette. Both an actress, trained by Jean-François Prévand, Raymond Aquaviva, Robert Castle, and a singer, as half of the duo Elephant (two albums with Columbia/Sony), Lisa has recently worked on Les Nouvelles Folies Françaises, a medium-length movie directed by Thomas Blanchard, and taken an acting course with Mikhaël Hers. She will soon be performing as Juliet in William Shakespeare's Romeo and Juliet, a play directed by Urszula Mikos at the CDN of Montreuil in February 2017.

Kevin Bagot is Marc. In 2012, while at the Cours Florent, he started the company Les Bradés, with which he created an improvisation show called T. I. M. E that traveled around France and was shown at the Avignon Off Festival for two consecutive years. In 2015, he wrote, directed and acted in G. R : La grande randonnée, which was nominated in five categories at the Festival des Automnales, and won the Jacques for best production. Currently a member of the Paris Improvisation League, he will be appearing in Ruy Blas, directed by Alexis Savigny, and in L'Ecume des Jours, directed by Julie Desmet. He will also be directing his new production, Eugénie et Joséphine (that I'm impatiently waiting for!).

Lisa Kramarz is Jeanne. At the end of her training at the Cours Florent she was among the finalists of the Prix Olga Horstig, chaired by Vincent Lindon. She has worked with theatre directors such as Philippe Calvario on A Midsummer Night's Dream, Thomas Condemine on Mickey Le Rouge, Nicolas Janvier on Le Jugement Dernier, Pénélope Biessy on Hunting Scenes From Bavaria. She is currently preparing a one-person stage performance.

Morgan Niquet  is Jules, the young local farmer. Youtuber with Le Latte Chaud, Morgan appeared in the movies Belles Familles, by Jean-Paul Rappeneau, Raid Dingue, by Danny Boon, Floride, by Philippe Le Guay, etc. He is co-creator of the Happy Hour show, and just launched his own YouTube channel, Morgan VS.

As for the practical side, the crowdfunding will be used to rent the best possible equipment and the setup of the required logistics.

Here is the budget I have established, listing the minimal required spendings:

All additional funds will be used to send the film to many festivals!

The unity of place (everything is set in the countryside house or in the beautiful and desert surroundings!) allows me to focus on the directing, the comedians' acting, the image, without having to deal with practical constraints such as changing of filming locations or urban complications.

This constraint of simplicity and of place has been very positive. Far from hindering me, it pushed me to improve the details and the dialogues.

I am very happy with the script I wrote, I have a lot of ideas and notes about the directing an I am looking forward to put all of this to work!

Another way to help us

If you are short on money but wish to help us bring this project to fruitin, help us to make it known on your social networks and among your friends!

You will receive a Vimeo link to watch the film in HD + a link to download the film poster in high definition + thanks in the film's credits.

You will receive a Vimeo link to watch the film in HD + a link to download the film poster in high definition + thanks in the film's credits and an INVITATION for 1 person at the film premiere.

You will receive a Vimeo link to watch the film in HD + a link to download the film poster in high definition + DVD of the film + thanks in the film's credits and an INVITATION for 1 person at the film premiere.

You will receive a Vimeo link to watch the film in HD + a link to download the film poster in high definition + DVD of the film + thanks in the film's credits and an INVITATION for 2 people at the film premiere.

You will be credited as "Associate Producer" in the credits. You will receive a Vimeo link to watch the film in HD + a link to download the film poster in high definition + DVD of the film + thanks in the film's credits and an INVITATION for 3 people at the film premiere.

You will be credited as "Associate Producer" in the credits. You will receive a Vimeo link to watch the film in HD + a link to download the film poster in high definition + DVD of the film + thanks in the film's credits and an INVITATION for 4 people at the film premiere.

You are invited to spend the week of shooting with us in the countryside house. You will be credited as "Associate Producer" in the credits. You will receive a Vimeo link to watch the film in HD + a link to download the film poster in high definition + DVD of the film + thanks in the film's credits and an INVITATION for 6 people at the film premiere.