Offer children and youths from Balata refugee camp what connects us all : Culture 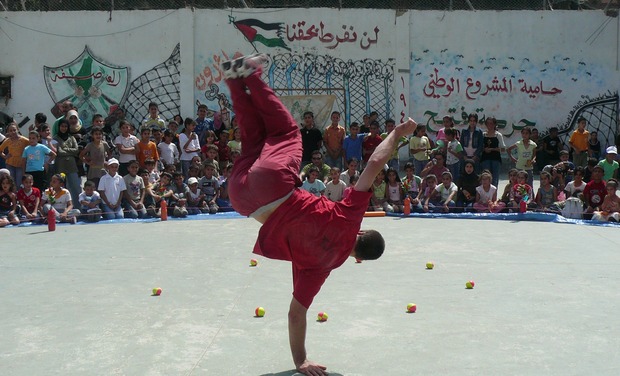 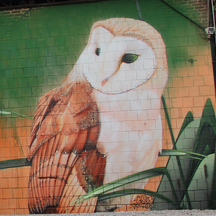 We are 3 people from Dunkerque (France) strongly questioned by the deterioration of the situation in Palestine, mostly in refugee camps. Or solidarity is the fact that Dunkerque is twinned with Gaza, and Lille with Nablus (West Bank) where is the biggest refugee camp of the region, Balata. Finally, one of us is currently present in Nablus et leads actions in Balata, in link with in cultural center, the Yafa Cultural Center.

We believe that culture in a way of education, emancipation, wellness and a way to live better together, we would like to give during a little year, for children of Balata refugee camp (near Nablus), a quality cultural offer, regular and accessible.

With also the support of the French city Valenton, twinned with the Balata refugee camp, the goal of this project is to organize at the Yafa Cultural Center ( Ouest of Balata camp), some cultural and artistic activities (lessons, workshops, meetings, shows...) in link with France and french language, and this, at list until the end of the 2018 year.

In fact, after the new political positions of USA for Palestine, Balata camp and his cultural center have seen drastically reduced their humanitarian aid, mostly for culture. That's mean they can't paid animators : they had to closed a lot of artistic workshops for children en teenagers.

The city of Nablus have oldest and populated refugee camps of the West Bank. Life there is complicated, violent (as in all refugee camps). Especially for children and youths and the poverty is visible Balata camp is the most expanded of all city and there are regular clashes with Israeli army because of the proximity with Joseph tomb, a very important place for Israelis pilgrims.  Balata camp is twinned since few years with French city of Balata and it's work actively.

His culturel center Yafa is the principal socio- cultural center of Balata center. He has always been really active for children and youths, applicant a lot of activities: Dabkeh, theater, music, lessons..  Since the begging of "The knife Intifada" ( as medias call it) in October 2015 the Yafa cultural center, have seen reducer disappear, some of the subventions, give for example by some European countries. The situation is getting worse since Donald Trump election in USA.

Because of the central place of Yafa cultural center in Balata camp for education and culture, the french institute of Jerusalem have, since two yeqrs, strong and regular relationship, opening a French course for children of the closest public school  ( Thanks to the financial support of the city of Valenton). Organizing meeting around dance, movies projections... This institute will be the operator of the project.

Others details about the project

The goal of this project is to develop a decentralized and regular programmation at the Yafa cultural center and in Balata camp, mostly for children and youths.

This programming will propose a event of cultural exchange French and Palestinians a list all two months, with shows, projections, workshops...

The two first steps of the project will be : The coming for a month of the street artist Seb Toussaint and the programming of a show made by the Clowns without border, France.

Then will be, for example, a concert for the Nights of Ramadan 2018 or an activity in the context of Night of Stars 2018. For each decentralized appointments, the Yafa Cultural Center will provide its premises and all technical and humans means : Also, for each event, it will be a short documentary with the multimedia pole.

The collect will cover the following fees :

-The hosting of the programmed artists  in the Yafa cultural center guest house.(1600 €)

- The communication fees to inform public of center and others(400 €)

The collect will also permit to buy books for children and youths (in link with french lessons organize with the support of the city of Valenton) ; They will be in the library of Yafa cultural center. (pour 300 €)

Obviously, artists, animators, will be volunteers.

In case than the collect will be more than expecting, the artistic and cultural programmation propose and its feeds (hosting, meals, communication..) will be amplified

Remember that we will levy the integrality of the collect  before transfer it in Palestine.