Finance 120 librarians cycling from Montpellier to Lyon for the greatest campaign to support libraries ever imagined! 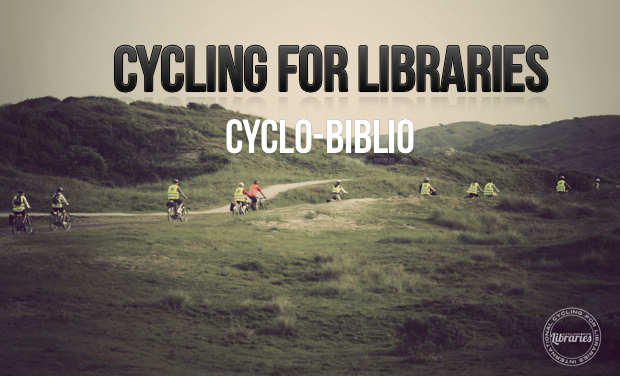 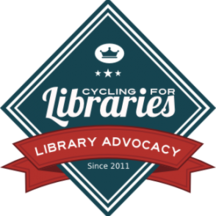 Cycling for libraries is an international cycling conference for librarians and library lovers. It aims to advocate libraries and increase awareness of the valuable services and resources that libraries offer to the community.

More than 100 librarians ready to start...

Founded in 2011, it started with a group of enthusiastic Finnish librarians willing to bring professionals together in a different way, thanks to a friendly mode of transportation.

After Copenhagen-Berlin in 2011, the Baltic States in 2012 and Amsterdam-Brussels in 2013, Cycling for libraries is adopting the French tricolour flag and will be renamed Cyclo-biblio.

From the 6th to the 14th of August 2014, 120 librarians and library lovers from over 15 different nationalities will cycle together from Montpellier to Lyon, a journey of close to 500 kilometres.

The Tour offers the opportunity to visit libraries, meet professionals and share views on our practices, initiate dialogues with elected representatives and raise public awareness on the importance of libraries. We will have a night break in these cities : Nîmes, Avignon, Montélimar, Valence and Vienne.

Cyclo-biblio arrives in Lyon on the 14th of August, for the opening of the World Library and Information Congress (IFLA) involving more than 4500 participants.

Elected representatives, professionals and public support on the road...

The project is a communication campaign on the value of libraries in our society. This is why the role of the media, TV, radios, newspaper and web is key. We need their contribution to promote the event. By leaving their libraries, places that can be viewed as enclosed and protected, professionals of the field aim to raise awareness on the crucial role they play within our society and the threats libraries face in terms of shrinking budgets, staff cuts and censorship in books collections. Promoting the value of libraries as gateways to information and knowledge is our highest priority.

"We hoped that travelling together for this long is a kind of a metaphor for the situation and challenges that libraries face today" (Photo at the European Parliament, Brussels, June 2013).

Thanks to a professional video team, this 34' documentary was produced in 2013 :

The first editions of Cycling for libraries have benefited from subventions and other contributions coming from Finland (founder of the event). Completed by participant's subscriptions, it was enough to cover all  expenses. This is not possible this year due to budget reduction measures, so we rely on your generosity to complete the budget.

Solidarity and cooperation are essential values during the trip. They will be as well to finance the project.

Registration's fees cover lunches and daily accommodations in University residence, boarding school or hotel. All organisers are volunteer and pay their own registration. We need complementary funding to cover :

- the support of a media professional to promote the event before, during and after

- renting cars and vans to transport the luggage, technical material, video material, kitchen materials and to ensure cyclists' safety on the road

- support the making of a documentary with a professional video team.

If budget permits, we want to help participants with a limited budget by providing discounted registration fees.

On our way between Riga and Tallinn

An heartly thank you and our eternal gratitude!

An heartly thank you and our eternal gratitude! + An electronic thank you postcard

An heartly thank you and our eternal gratitude! + A real thank you postcard with a real stamp !

An heartly thank you and our eternal gratitude! + A real thank you postcard with a real stamp ! + A cycling security vest with the official Cyclo-biblio logo

An heartly thank you and our eternal gratitude! + A real thank you postcard with a real stamp ! + A cycling security vest with the official Cyclo-biblio logo and signed by a member of the organisations team.

All the above gifts + a customised T-shirt

Half-price on your registration for the next Cycling for libraries!

Free registration for the next Cycling for libraries!