We need your help to grow our local brewery. 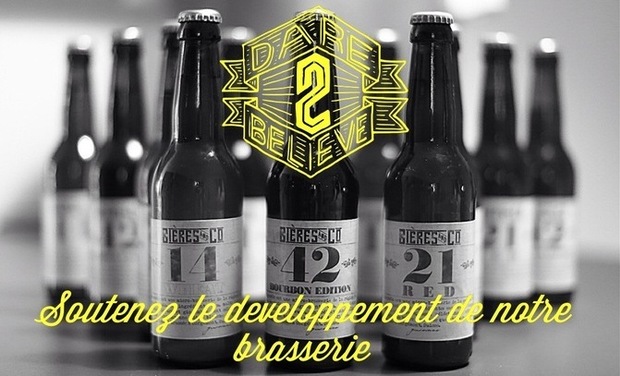 I started in a basement of an old house over 50 years, with a saucepan and some household utensils. I quickly realized that it was simple to make beer. Only, I designed my first lager, but I found that the waiting time for the taste was very long. A month later, I tasted this beer and one thing struck me instantly, it is clear that it is easy to make craft beer, but it should still be good. A craft beer is not a simple beer. And this is not a beer thirst, but a beer tasting. 2009 was the first vintage tentatively, others followed, culminating in 2014 after years of research recipes and tastings at quality beers.

Following strong demand , the punishment to follow production. We have an installation of amateur brewer and we should , in order to meet demand , acquire a facility for micro- breweries.     A renewal of the blending tank is necessary because : Current kettle: capacity 20 liters per brew represents 60 bottles of 0.33 liters. The production of a batch takes about 3 hours.   Currently , we have a stock for at least 100 bottles , we must stir (by hand ) for 6 hours.   A new tank can hold 50 liters of mash representing 150 bottles of 0.33 liters, we will produce the triple for less time.   Especially , we just enter in cool because when breaststroke double , expenses are also double .   Cost of renewing the kettle 50 liters : 2000 €   This funding will allow our micro- brewery to transmit his passion enthusiasts and simply to discover the flavors of beers, industrially, will never craft !