Help us to develop the Rugby in Budapest and to allow the kids of the city to discover our great sport and its values. 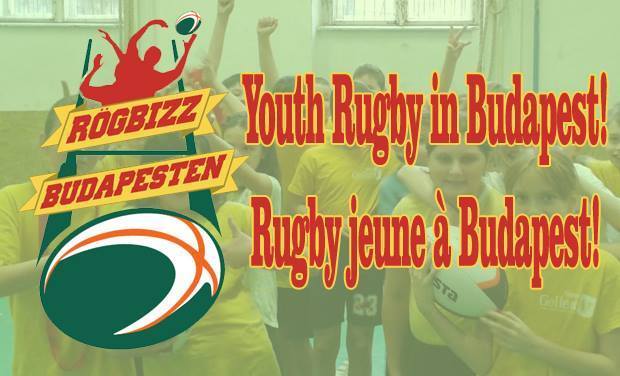 Rugby in Hungary? Yes there is some... but too few! especially in Budapest, capital city of 2.5 millions inhabitants, where it is almost impossible for a kid under 18 to play rugby.

Rugby arrived in Hungary more than 50 years, when the first clubs get established in the 1960s. The Hungarian Rugby Federation have been created in 1990, and get officially recognized by the IRB in 1991. You can find here a summary of the history of Rugby in Hungary.

Today Rugby is still a minor sport in Hungary. This season 11 clubs are registered in teh official championship and split into 2 division.

The National team get promoted last year to the 5th level of European rugby and is now playing in the ENC2B beside Lithuania, Latvia, Andorra and Cyprus. The team is nowadays coached by 2 former French professional rugby players: Raphael Saint-Andre and Matthieu Lazerges.

Here is an extract of the game Hungary-Slovenia played in October 2013:

And for those of you who are curious, here is the latest game the team played in 2014.

Even with that presence for years of rugby in Hungary, the good results of the national team and some rugby clubs in Budapest, that sport is almost inaccessible for the youth of Budapest, city of 2,5million inhabitants which is 25% of the population of the country.

Today only the club Budapest Exiles, located in the far suburbs of the city, get a Junior section with approximately 12 players between 16 and 18 years old, and 2 schools get some school teams done sometimes during the year.

That is why the "Rögbizz Budapesten" project (meaning "Play Rugby in Budapest" in Hungarian) has been initiated in order to introduce Rugby and its values to the schoolboys of Budapest.

In order to reach that objective, a simple 3 steps strategy has been developed:

- presentation and initiation to Rugby in as much school of the city as possible, in order to raise the awareness of kids and teachers about rugby

- Interschool Rugby events organization with the help of the different Budapest senior rugby clubs, such as trainings and competitions, in order to give objectives to the kids and the school teams, and put in contact the clubs and the kids.

Behind that project you can find a group of expats that have been living in Budapest for 4 to 8 years, and get friends around a same passion: the Rugby. Nicolas, Blaise, Jason, Mehdi and François created 2 years ago the Budapest Frogs, team dedicated to 7s rugby, with the aim to help to develop that sport in their new country: Hungary.

This team get built during the 2 past years, welcoming many players from the different clubs in the country, to allow them to get more Rugby 7s training and participate to some international tournaments.

That first step focusing only the adults, targetting the youth was a pretty logical evolution in order to develop rugby in Budapest. That's why the Budapest Frogs, leaded by Nicolas, take the initiative in the autumn 2014 to create “Rögbizz Budapesten”, in collaboration with all the rugby actors of Budapest.

Help us to buy the needed material, and finance the project.

The money that will be raised will cover the minimal running costs of the year 2015 which are necessary for such an initiative like buying material, paying the pitch renting fees or give financial compensation to the coaches we are sending to the schools.

What if we get more money than expected? Well it will simply allow us to go to more school, organize more events, and then reach more kids.