A band without its fans can not exist. An album without money too... Perhaps we can mix it..? 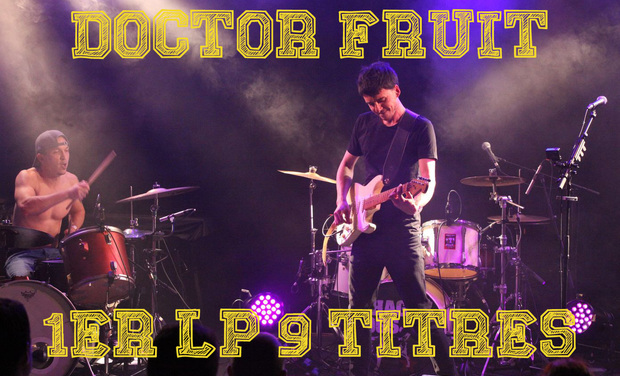 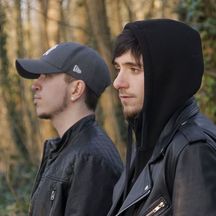 Doctor Fruit are two friends leads by their passion for music and rock:

...and Mathis on guitar and lead vocal:

Created in 2011 as an acoustic solo project, Doctor Fruit took its final formation in 2014 when Mathis who was looking for musicians ask to Matthieu to play with him on drums.

Quickly the songs were modified to be played in duo and some first stages came to us.

The sound and visual energy delivered during our gigs was catch by the public and we received a lot of good reviews that made us choose to play as a duo.

It has been about two years that we were playing songs from our 1st EP "What to do on Friday night?" on about 30 stages in Paris suburbs.

But we wanted some "new" because two years is already very long.

In September 2016 clearly drived by our most rock influences we decided to start to compose new songs. We were looking for that "fat sound" since a long time. Now here it is!

It was clear for us that we had to record a new album. But why should we record only 5 or 7 titles when we are able to do more?

Why an LP? Just because we prefer to give you 9 songs then 4. Good reason no?

Actually working on the "final" parts of the project (lyrics corrections, global thinking, etc.) we are looking to record a first demo in March followed if the crowdfunding works by the final recording in April. During this period we will also film a videoclip and make the "graphic chart" of the new LP.

The physical and online release is waiting for the beginning of May 2017.

Once the project was born one question was waiting for an answer: "How are we gonna pay for this LP?" because it's nice to have an idea but produce an album has a cost.

That's it! What a better way to make a project grow than to ask to the fans to be a part of its creation? And we can also thank you we gifts and presents. Is that not wonderful?

Because yes for those who don't know it a "crowdfunding" is like an online moneybox where everyone can add the amount of its choice to help to realize a project. In exchange every contributor receive a gift associate to the amount he gave.

And those gifts are many! CD, vinyls, private shows... Look by yourself of the right menu.

Finally all of this seems pretty easy but there is something important to know...

If the amount we ask for is not reach at the ends date all the money would be gave back to you contributors and the project would be CAN-CE-LLED.

1000 euros is an amount of money but it's not choose by hazard.

Here how it would be used to:

- 700 euros will serve to record, mix and masterise the album. All of this made by our dear friend Robin Gallet (that's the biggest part of the crowfunding).

- 70 euros will pay the "rights part" of the project at the SNAC (National Syndicate of Autors and Compositors).

Of course if the amount is reach beyond it will let us make a better CD cover, make some T-shirts and merchandising or maybe produce a new videoclip.

And if you really can't participate don't forget to share the crowfunding around you on internet. Maybe your friends or family are able to do it. And by the way don't forget that we love you <3

If the project works, Mathis Coudray (himself) will receive your contributions and will give them to the persons and organisations presented up there.

Thank you by advance and take care of you all.

The previous counterparts + Invitation to one of our rehearsals (we have beers!) (do not include transport and staying for people external to France)

The previous counterparts + an acoustic gig at your home! (may include travel expenses at your charge if you live out of France)

The previous counterparts + We are writing you a song