"Dunozi, we are together", health project in Togo

Contribute to the care of thousands of people suffering from malaria through the production of Artemisia in a village in Togo! 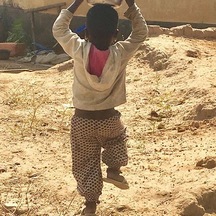 "Dunozi, we are together", health project in Togo

My name is Céline Vauthier, I am currently studying for a Master degree of Population and Development Sciences at the Université Libre de Bruxelles (ULB) in Belgium.

While travelling and working on my thesis in Africa, I went to the Kolowaré village in Togo. This opportunity made me realize that I truly wanted to do something for people who weren’t born as lucky as the most of us are in Western Europe.

In Kolowaré, more than a quarter of the population suffers from malaria and they do not have any health care budget available. Four hundred forty eight people die from malaria each year, which equals to one person dying every minute. Malaria, is a potentially fatal disease transmitted to humans through the bites of infected female mosquitoes.

But, the Artemisia plant is a consistent solution! Drinking an Artemisia herbal infusion three times a day can successfully cure malaria over one week time and at a cost of one and a half euro only.

The main objective of the "Dunozi" project is first to produce Artemisia, which will also create employment for 16 villagers, but above all to help treating thousands of malaria infected people every year for only one and half euro per individual over only a one-week period. In addition, the production of Artemisia generates profits, which will help financing access to health care for as much villagers as possible and in parallel to this, creating other projects such as making drinking water more accessible or funding scholarships for young uneducated children.

Having concerns about the environment, the project was conceived in a totally ecological and sustainable approach, so that it does not involve any harmful impact on our planet.

By contributing to the realization of this project, you are funding these four crucial main objectives:

These 2000 euros will make it possible to pay

A big thank you for your support!

A small step for the man, a big step for humanity!

You receive a 10x15 cm photo taken in the village

Your help is very precious, thank you!

You receive many pictures and videos from the village

Wooow, it's amazing, a thousand thanks!

You receive a poster of a photo taken in the village.

We do not even have the words to express our gratitude!

Thank you from the bottom of our heart! You receive a framed poster and an African meal ☺