2 cultures, 1 trade ; a sensitive approach to small-scale farming in Romania and France... click and help make the film possible, thank you. 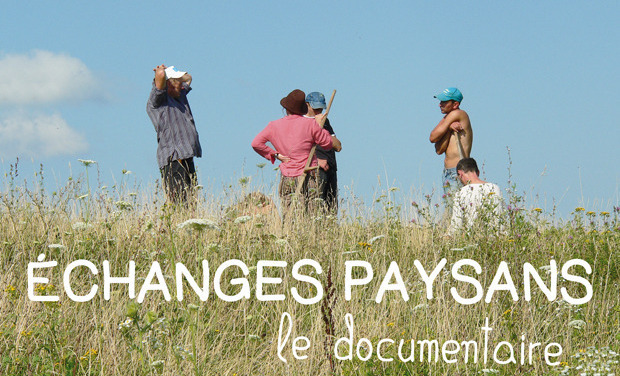 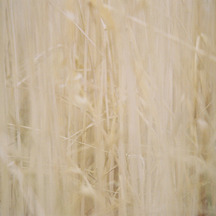 The film looks back at the adventure of French and Romanian small-scale farmers who ventured, through travelling to eachothers countries, to exchange around their practices and activities : milking their cows, making cheese, how they harvest their hay or do other harvests, processing the harvest, taking care of the sheep.... They discover or recognize certain gestures, a familiar or different relatioship to the living matter they work with. They also express suprise at another aspect of their trade they have in common : the CAP (European common agricultural policy) and its subsidies.

These farmers act within the freedoms and constraints that their trade offers them, each seeking to attain, as much as they can, a certain autonomy in their production as well as in their ways and thinking.

The film itself portrays a modern and original small and medium-scale agriculture, shaped out of adaptations and innovations. Artistic images, a certain slowness pace, and simple yet pertinent words come together to question the tension which exists between the living world these farmers deal with every day and the CAP which encompasses all scales of European agriculture today.

Before making the film, the live exchanges !

The « Franco-Romanian small-scall farmer's and citizen's exchange » took place in 2011 and was organized by TREFLE (cf further « who does what ») in partnership with the Romanian association Eco Ruralis. The latter has been active for the past few years to promote traditional and ecological agriculture (www.ecoruralis.ro/web/en).

Mapping of the different farms :

At the beginning of the project, there were the live cultural exchanges AND the film. The latter was not the main goal of the former...if you know what I mean. To make a long story short, despite a film crew sized down to the very minimum, it was not easy adjusting the 2. Let's say that we filmed in the present, while the encounters were happening, and that sometimes we would interfer with the « actors » by making interviews or by yelling – « watch out you're in the shot » or yet « could you repeat that for the camera please, Yann wasn't ready ? »...

The shots were taken in 2011 and the editing began in the spring of the following year. Caroline and Yann cut a version of the Romanian half of the film, version that was screened in April 2012. One month later, their first child was born.

The editing continued with Françoise Tesseron, a professionnel film editor. The first half of the film which takes place in Romania, was reviewed, and the French half is currently being edited. Naturally optimistic, we're counting on this fundraising operation to cover most all the costs inherent to the editing process !

The project is mainly conducted by Caroline Le Crouhennec, who will be as present as possible during the various screenings. The film will mainly be distributed via a network of non-for-profit associations. It will also be sent to various festivals (film festivals and other types of festivals) and lastly, we hope to integrate the network of art houses. We will begin distribution locally, in the Drôme, then within the Rhône-Alpes region then other regions of France and Europe.

Artist and scenographer, YLC exposes in Paris and elsewhere. It's his «painter's eye» that he puts behind a super 8 then a 16mm camera at the end of the 80's. Video is a medium he uses frequently as well as photography (silver, digital and pinhole cameras). He works with video in a non conventional manner to create poetic images which are often invisible to the naked eye.

More than 25 years of experience, 40 documentaries, 11 short films and 5 full-length feature films ; in the editor's studio, her rigor, creative force and watchful eye greatly contribute to the creative process and to the achievement of a quality film.

Non-for-profit organization, devoted to creating encounters around societal issues, organizing events at the cross-roads between cultural, artistic and civic practices. With the film, Echanges paysans, TREFLE aims to raise questions around food sovereignty, and around a form of agriculture which is as modern as it is respectful of the environment, nourishing and not to mention a job provider. Within the framework of the reform of the CAP (common agricultural policy), it is the right time to ask the question : what position does civil society have in the debate and how can citizens make change and be influential in their daily lives an beyond.

Today, we are soliciting you so that the film, Echanges paysans, can at last see the light of day... in order to finish the editing process, pay the professionals working on the film...and last but not least, in order to experience the joys and woes of the film's distribution.

The global budget of the project, not counting the film, is 38 000eur over a 5 year period to which we can add many hours of volunteer labor.

The 6000 € collected during this fundraising operation will be dispatched as follows :

If we surpass our goal, then hurray ! The extra money will partly cover the distribution (communication, transportation...) in France and Romania.

Whatever the outcome, by helping to finance the film, you're also helping to distribute it and hence you zill become the future viewers !

PS. The distribution process has also been the object of other fundraising searches ; for example, the Rhone-Alpes region supports us via their budget « participative democracy ». At the end of August, more applications will be sent to various foundations. These potential funds will supplement the movie's revenue (sale of distribution rights, entrances, participation for transportation costs).

An earnest thank you for your interest in this film ! To contact us please write to : trefle@no-log.org

THANK YOU:-) Your name will appear on the film credits.

THANK YOU :-)) You'll be delighted to receive an invitation to the screening nearest to you ; your name will also appear on the film credits.

THANK YOU :-))) You will receive the dvd of the movie and can therefore enjoy it among friends and family. You will also receive the former compensations.

THANK YOU :-))) To the former compensations, we will add a poster signed by the crew, youpi !!!

THANK YOU :-)))) Along with what precedes, you will receive a photogram taken from the movie.

THANK YOU :-))))) Get out your calender ! With this donation we will offer you a screening at your home, your company or your non-for-profit and will delivery the former compensations directly to you, hurray !

THANK YOU :-)))))) To the former compensations, we'll add bonus shoots to the screening, shoots that we sadly parted with during the editor's cut.

Our smiles couldn't be big enough to express our immense gratitude ! You will receive what precedes as well as a surprise depending on our available stocks.