A medium-length film by director Philippe Reypens, 'Eliot' is the story of a dreamy, passionate teenager who aims at setting himself free from a dull life by making super 8 movies with friends and decides, out of love, to act upon his own fate. Just as our main character, we have the will and passion to complete this adventure with your help. Let's crank it up together and breath a cinematographic life into Eliot! 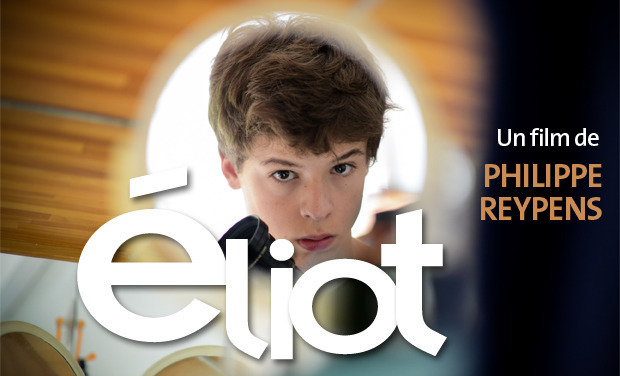 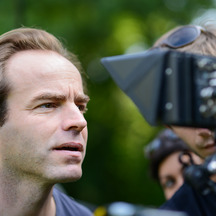 1986. Eliot, a dreamy and passionate teenager only lives to the fullest when has his super 8 camera in hand, a small Canon given to him by an understanding father. Together with his knowing friend Maxime, he sets out on a new film. Their friendship is soon clouded when Eliot falls in love with Florence, whom he wants to star in the movie alongside Maxime. From that trouble stems some competition between the two boys. Plus, Eliot's father makes love to Maxime's mother, who in return ostensibly teases him. Up until the day Eliot is made to feel slighted and decides to swap roles and to turn the situation to his own advantage. But nothing goes to plan. Vengeance turns into tragedy.

1995. A few years later, we meet Eliot again at the entrance exam to the school of cinema. He has to overcome an unexpected, insurmountable hurdle.

The idea to make this movie lingered in my mind when I was writing my first full-length movie. Hooked for too long to my computer screen, busy writing and rewriting, I painfully resented the absence of the camera, of the atmosphere of the film set swarming with actors and technicians. Hence the idea to make a movie on the harbingers of a vocation and of the compelling desire to film, grew ever stronger in me, as much as I had to champ at the bit. Because before a scenario turns into a film, years can go by. One has to maintain a high level of motivation, to fan the fire so it won't taper off. This fan is Eliot.

This is how, together with Loïc Porcher, the accomplice in my previous films and in the forthcoming full-length one, we decided to no longer wait for chance to come our way, but to go ahead and take it. Our first task was to put the existing scenario back on the workbench ; giving it more colours and a more universal tone. Its more ambitious  themes and characters unwillingly made the short film format morph into a medium-length version. Next we started the production, on our own funds and with the help of a few generous maecenas (Tiphaine Mourier, Bruno Desclée), and with a team open to our artistic, willpowered approach. And one day, just as Eliot, free and uninhibited, who films when he feels like doing so, we set it off.

FROM THE SCRATCH BOOK TO THE FILM SET

The privately funded Eliot was layed on the workbench this late summer 2012, thanks to a technical and artistic team of young and less young persons won over by the project. Even if we insist on paying each participant on this journey, we realize that they didn't and don't join up for our sake, but for Eliot's. We have also been able to rely on camera and lighting rental companies' special offers, which enabled us to shoot using ALEXA, ARRIFLEX's digital camera and its very high quality, normally unaffordable to us Cook and Panavision lenses. Other helpful offers such as the shooting location, quality welcome and catering, added up to favourable working conditions for the team.

Soon the rushes made the film look even more promising than we had been hoping for. From the mere 20 minutes long film we had envisioned at the onset, we now reckon it is to span over 30 minutes at the end of the day. From this optimistic assessment of the situation, we went on deciding to give it all necessary means to make it as finished a project as can be. Even if it means increasing the originally alloted budget, by fighting on to garner even more help and support.

Today our coffers are empty. We still have to fund three days worth of shooting and all of the post-production. A race against the clock is on. The editing process has already begun in order to view the shooting material, this also in view of raising funds here and elsewhere, a.o. près television channels. The 'Studio L'Équipe' has gracefully offered to contribute to the color grading process with the brandnew software Mistika by SGO. A promising start.

Stills (No color graded images yet):

WHAT KIND OF A LIFE DO WE WANT FOR ELIOT ?

Eliot is destined to run on the international festivals circuit and on television channels. We carry the will and hope that it be viewed by the largest possible audience.

Philippe Reypens, scriptwriter, director and producer. I studied journalism and screenplay. I produced and directed a number of films in association with TV channels (Arte, France 3, ORF, RTBF, Be TV, etc.) ; 'L'or des anges', a widely broadcast creative documentary, 'Un peu de fièvre' and 'Le Songe', short & medium-length film co-produced with Arte. Between screenplay and articles writing, I work on my first full-length film, which filming is to begin soon. Want to know more about my past achievements ?

Loïc Porcher, scriptwriter and producer. Along with a career in the editing world in Paris, for some years I have been contributing as author and producer to several projects (Un Peu de Fièvre, Le Songe) and here I am again in these capacities into the Eliot project.

Martin Santander was the official photographer during filming. Discover Martin's art on his website. www.martinsantander.com

WHAT IS THIS FUNDRAISER FOR ?

Today we need a minimum of €12,000,00 to complete Eliot's shooting, post-production, soundtrack and promotion. Realistically, we hope for an amount of €9,500,00 to fund the completion of the shootings and of most of the post-production. Of course, were numerous and also generous donators to step forward, wishing to contribute to the film on a bigger scale, it would guarantee that Eliot has opportunities to play his best cards for the future!

Collected funds will as a priority cover the expenses of the last three days of shootings, i.e. about €5,700.

Next come the costs linked to post-production and musical copyrights, amounting to €6,300,00 being: