I’m a feminist and I eat men for breakfast. No I’m kidding ! 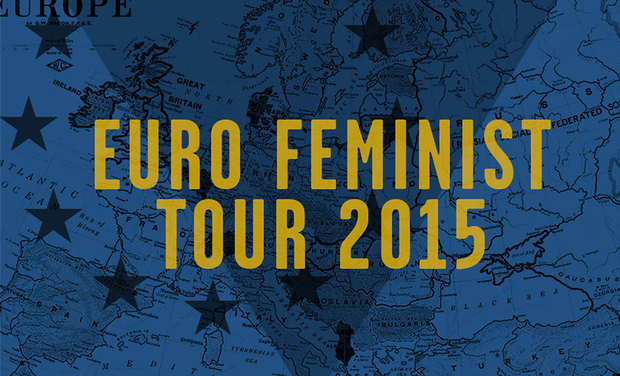 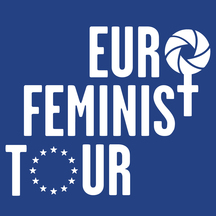 TODAY'S CONTEXT : in Europe, women’s rights have positively changed for a hundred years. Today, only a few non-conformists are questionning women’s right to vote in Europe. Women actively take part in the European democracy in all the EU member states

Despite the changes, women’s rights are constantly questionned, even within the haven of democracy that the European Union should represent.

People saying they are fighting to overthrow the male dominance are called ‘feminists’.  The term has been questionned since its creation. It has always been disregarded and has had trouble gaining respectability, although it is slowly coming back into fashion in some spheres (pop,marketing).  It is still a rather pejorative term for a great majority of the old and new generations who think that gender equality is enough or even that women have already taken the power. However, the definition of feminism is crystal clear : ‘Social movement which aims at emancipating women, giving them more rights in order to achieve gender equality, especially in law, economy and policy.

THE PROJECT  : We will start our European tour with Strasbourg during the plenary sessions in order to introduce the European Union and to interview European MEPs about women’s rights. Then we will go to Iceland, the United-Kingdom, Denmark, Spain, Poland, Hungary, Greece, Turkey, Germany and Austria.

In every country, we will favour couch-surfing so that we can meet local people and fit in well with the cities and countries we will travel to.

When we travel and when we are back, we will put online articles about the trip, we will take pictures of the people we have met on our way and prepare and exhibition. The video interviews will be put on the project YouTube page.

- The first goal of the ‘EuroFeminist Tour’ project is to highlight the fight of women (and men) who fully accept being feminists, and to fight for women’s rights within the political, associative, artistic spheres or in the civil society in Europe.

- We want to fight stereotypes about feminists in a comic way.

- It’s also about creating an European feminist community that could meet during events or partnerships with the association. Gather artists, associations, politics or people from the economic field in order to elaborate projects aiming to give more visibility to women’s rights and women’s power.

- And there is an artistic goal : make portraits of the people we will have met in the countries so that we can show in picture the different faces of the feminists, and when we are back, organize an exhibition and gather the testimonies and pictures in a book.

I’m Margaux Pastor, I’m 27 and I currently live in Paris. I was born in Montpellier (Southern France), and enjoyed the sun until I was 19. After one year of ‘classe preparatoire’ in political sciences, I left to study political sciences and international relations in Lyon at the university Lyon III (degree – but it does not exist anymore). I have been to Australia for a year for love and desire of adventure before coming back to France to get a master degree in European studies and international relations at Institut des Hautes Etudes Européennes de Strasbourg (Institut that has also disappeared – and been linked to the IEP of Strasbourg) (Well.. ghost studies you know !). After numerous twists and turns, I went back to my mother’s place, back to Strasbourg. I finally followed my boyfriend to Paris when he found a job. I’m still there and trying to get a living as a photographer !

…so you’re a photographer ?

I have loved art ever since I was a kid : drawings, paint, photo. I love to go to the museum, I love history, I admire architecture. Art was part of my high-school diploma, and I had based my project on women’s rights. I wanted to study fashion design or art history. I was told that I would never find work in these fields… Well if I had known…

I kind of always have had a camera with me,  a disposable one, and then a digital one, and finally a reflex camera. One day, as I was trying to find a way out of my deeply annoying job as a receptionist,  I thought ‘Why not me ?’. And there was it, I started to think I could make a living out of it, that is was a project, that it would keep me busy and that I would fight to succeed. I had spent a lot of time trying to find work and letting other people make decisions for me, and I had forgotten that I had to take control and be the actress of my own life.

How did you become a feminist ?

I would love to say that I have always been one, but it would be a lie. Actually, as a child and as a student, I never really felt the difference the boys and me. My parents have raised my brother and I equally and we were given the same chances. I never had any problem to be at ease with my sexuality either, I was given all the information on the means of contraception but I was never bothered with the boys I dated and what I was doing with them. Moreover, I come from a middle-class family, I was living in a house, I had everything I needed until the end of my studies (but we were not rolling in money), I’m healthy, white, straight and well integrated. Feminist ? I had a wrong feeling with the word, but if you had asked me back then, being well aware of the injustices (you want to change the world when you study political sciences !), I would of course have answered that I supported women’s rights.

One night, three years ago, I felt rage talking about abortion with two boys who clearly were not supporting the cause. How could they even imagine they could decide for women ?  I would never love to have someone deciding for me on what I should do in such a situation. That night they called me « feminist », and I decided that not only would I accept the word, but also that there were no reasons anymore that I should not be proud of it ! This is how I became aware of everything,  of patriarchy, and I became an activist, I started to look for information and read about the issue.

When looking for a job, and also at work, I was victim of that discrimation, at times when I least expected it, and sometimes it had very negative consequences. It is ALWAYS painful. I can only empathize with the pain that millions of discriminated women daily feel, whether it includes violence or not.

After a degree in modern literature at the University of Pau et des Pays de l’Adour, I entered the Ecole Supérieure d’Art des Pyrénées and got a master degree in Multimedia Graphic Design. In January 2015, right after my graduation, I left to Paris without really knowing what can of adventure it would lead me to… and as a big fan of cinema, I had to be up to the image I had of an independant, confident, curious and creative heroine. That being said, I can’t only be that can kind of women who, as many – too many – roles in movies, generally represent dependant, secondary, submissive and one-dimensional women.

At the end of my literature studies in England, I had to write an essay on feminism in Tarantino’s movie Death Proof.  It really captivated me and this is when it struck me : my big fight was being a woman, among women, among men.

Actually, I had always been a feminist at heart, but – just like Margaux – I had not seen what it really meant. As a child, as a teen, I believed in the myth of the enraged feminist. The violence and agressivity they were accused of, everywhere, anytime, would prevent me from seeing how much we were all affected by the subject.

But the general violence against women, inequalities and the feelings of insecurity I witnessed or even was myself a victim of, made me figure out things had to change. I understood that stigmatising and discrediting women who are going into action, fighting and talking, was a way to prevent us from listenning to them. I do not believe anymore in the myth of the hysterical feminist, the one who hates men. There is only one fight, the one of equality. And it is adressed to every man and woman.

Of course women are the first targets of misogyny, and it has no boundaries : whether moral or physical, there is always pain. Today, too many women deeply feel that men can be possible threats and they are affraid to go out alone. Too many of them feel judged on their bodies or their clothes. And too many women are raped and/or die everyday because of men. However, while being the most numerous victims, they are not the only ones : also men suffer from stigmatisation and all kinds of inequities. Our societies and cultures are based on the opposition between men and women and on their own meaning of being a « real man » : men have to be everything the women are supposed not be, that is to say viril, strong, brave, rational and conquering.

As a graphic designer, I wonder : why men and women restrict themselves to worlds and colours specific to the stereotypes of their gender ?

Today I feel I need to see men on our sides and I would like them to feel affected, to fight with us because in my opinion, feminism will never win against inequities if the opposition still exists. Today, more than ever, I feel feminism is getting into action and that things are really changing positively. Today more than ever I want to be part of the fight.

I want to fight, as long as I can, so that women are respected as much as men are, so that they can live freely and safely, wherever they are, wherever they want, in cities and countries that belong to them, so as to men. I want women to understand they are not only bodies, and most of all, if they need to be saved, they are their own heroines, they have the right to be witty, to have opinions, fights.

- The first expected impact is to make known the fight of people struggling for women’s rights in Europe and who are claiming being feminists.

- We hope mass media will seize the subject, remind the politicians of women’s rights in France and Europe.

- We want other girls to fight for women’s rights, be part of the democracy and political power, and men to understand the issue and to go into action too.

The press talks about us :

- over 100€ : Agathe will be able to travel with Margaux in the country she choses to be even more part of the adventure !