Follow me on my way to the Everest Base Camp to support an international Art Science expedition and discover the Sherpa Culture. 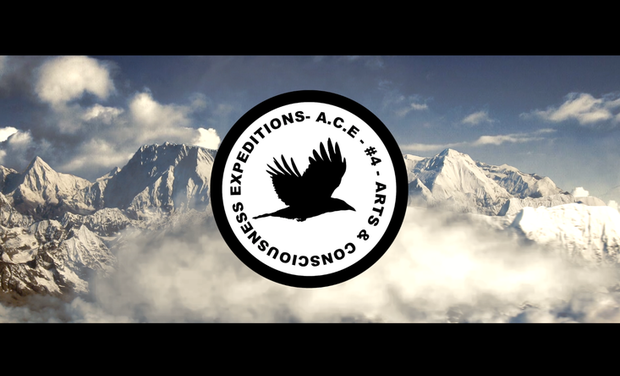 I am a French Fim Director, Photographer and Artist-researcher:

PhD research in Arts/Anthropology/Architecture at the Center for Advanced Inquiry in the Integrative Arts [C.A.I.I.A] in the international programme of the Planetary Collegium, Plymouth University (UK)

> Achievements:  -  Grant recipient of the French Norwegian center in Humanities and Social Sciences (2014) for his research in Anthropology, Art History and Architecture

- First French Artist invited by THE FARM,INC. a New York based cultural organisation, to participate to the ARCTIC CIRCLE RESIDENCY 2013, in the international territory of Svalbard.

I am the only French selected to join the board of Advisors of the Art and Science BENDING HORIZONS EVEREST 2015 expedition. As an Advisor I am invited to join the Team at the Everest Base Camp in May 2015:

- I will document my trip to the Base Camp  through the production of a serie of Photographs as well as a Documentary Film with a focus on the Sherpas Culture .

I will do 360° video recording during the trek to the base camp , as well as in order to document the Sherpa Culture in the Khumbu Valley

I will also use this opportunity to extend my research in Anthropology on Traditional decorative patterns through an on site study in the khumbu valley, and site specific interviews in Monasteries

A view of the track and trace live map that you will be able to use on the http://ace4.international  website to follow me during my trek through the Khumbu Valley

THE EVEREST BASE CAMP TREK :

From Kathmandu I will take a small plane to go to Lukla, Dubbed "the most dangerous airport in the world

it will be a 15 days trek (maybe more with your help) From Lukla to the Everest base Camp and back On my way and back to the Everest Base Camp I will have the opportunity to stay at and visit the Monasteries of Tangboche and Pangboche and with your support I will be able to conduct interviews and photographs and videos shooting amongst the Sherpa Communities and the Monasteries.

- Through hard work I managed to get a big part of the project already funded . With your help I will be able to do the most esthetical and ethical photography and film documentary project that I can do .

A Large part of the expedition basic budget is already funded :

Then there is the

HOW I WILL USE YOUR SUPPORT :

- The funds will help me to extend my stay in the Khumbu valley with a guide in order to document the Sherpa Culture. It includes additional cost for accomodation for two people.

- Additional funds will be invested in Audio-visual equipments, additional tips for the guides and other spendings connected to the organization of this  trip and  Photography and Documentary Film Making production in a very specific and harsh environment