Support Lagoon Parliament! To bypass the pragmatism of the art market and provide a framework for independent cultural productions <3 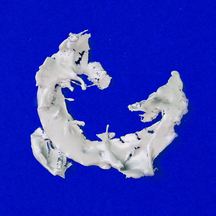 Lagoon Parliament's second exhibition 'Falling upwards' is dedicated to wrestling and how the staged violence (also besides the ring) can influence the crowd. It includes live program with dance, sound performances and protein shake dinner.

'Falling Upwards' shines a spotlight on the very extremes of physicality. Falling Upwards is inspired by contact sports where a fallen body is a defeated body, where sweat and hormones drip from duelling muscles, confrontation seeks cathartic heat and rituals of friction cause fictional injuries that penetrate human flesh.

The gallery space is an arena housing a central ring, mesh banners suspended from the ceiling lead to the circular platform – site of performance and participatory games. An installation containing a leaked WrestleMania narrative hangs above the contestants’ heads. A console adjacent to the ring invites viewers to battle each other as Trump v. News channel in an 8 bit video game. Lining the main gallery space on either side are large digital collages mounted on metal frames which address meme wars waged between the Alt-Right and the Left where internet “freedom fighters” clash over causes of “Anomie” - a feeling of alienation and widespread loss of meaning. A series of video works explores the symbolic status and societal roles of one-on-one combat as spectacle. A separate room at the back of the main space is darkened and insulated, it is a cavity that draws visitors into the folds and sounds of the inner body where show and artifice are stripped away to reveal the soft, hidden face under the mask.

The space was transformed into a fictive travel agency playing with alternate concepts of time and metaphorical ideas around place and placelessness.

A journey into a hybrid between real and fictive atmospheres with a manipulated sense of displacement and abundance. The first event (DEPARTURE) started with a festive takeoff evaporating the audiences from familiar ground with concerts and performances. Departure invited audience to a harmonious sleepover in which the people awoke into the next event (ARRIVAL) with a micro cosmic breakfast, workshop, screenings and performances. The last event (RETURN) was interrogate the notion of customs and whether a return was ever really possible.

LAGOON PARLIAMENT - Who we are

We are a semi-fictional organization challenging the conventional concepts of hierarchy and looking for a new formats of collective work. Our ultimate goal is to create an artist network, where community and emotional alliance is a main drive and source of support. We want to bypass the pragmatism of the art market and provide a framework for independent cultural productions.

We want to create a sustainable community and participative event platform for both talented artists and curious audiences to have chance to be present in the unknown and release themselves.

We are aiming to keep all events for free to the public. Our amazing host 2 OG CONTEMPORARY OPPORTUNITIES in der Alte Münze, agreed to not charge us for the rent, however we have lot of spendings for production and people.

All funds are going to support realisation of the project and its representation to the public.

To thanks our donors, we would prepare your very own personal poem as part of a surprise letter with some extra little treats.Our talent Japanese dancer Nobutaka Shomura would also offer one free contemporary or butoh dance lesson in his dance studio in Berlin.

Thanks for all the support