Support the documentary Gardens of Fez and help the gardens of the medina come to life ! 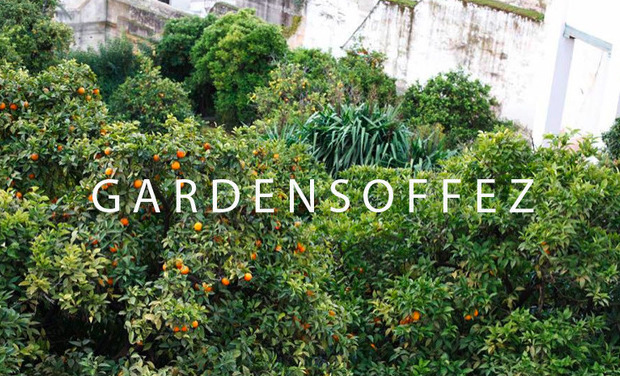 GARDENS OF FEZ is a documentary (60 min) about the gardens of the medina of Fez in Morocco. Through the stories of people of Fez, the film shows the garden as a miniature of countless landscapes: imaginary spaces of memory, poetry, and thought that interweave with the spaces of the city.

SYNOPSIS The film opens with a scene on a rooftop in the medina. It is the end of the day, the sun is about to set and we look out over rooftops and terraces. There are three people on the terrace who seem to be preparing a theatre play. They are rehearsing dialogues. From this rooftop the documentary sets off for a journey through a labyrinth of alleyways: the oldest, biggest and best preserved medina of the Arab world that once enclosed many gardens. The opening scene emphasizes the aspect of the garden that is to create an imaginary space. As the first space that we create is through language, through our imagination and thought.

Accordingly, from an intimate and observing point of view, the film loosely blends captured images of the city spaces, parks and gardens, with portraits and stories of ten people whose lives are closely connected with the gardens of the city. From a gardener in his home with his family, to an architect who renovated the city park, from the park technician who never leaves the park, to a blind student in philosophy. Some characters are connected to each other in different situations, some are not. The connecting elements are the different dimensions of nature in the medina. While the film meanders along private and public spaces, the gardens of Fez form an imaginative and contemporary landscape: a bocage through which patches of time, reality and fiction appear and disappear.

BACKDROP Fez was renowned for its abundance of green spaces, where the gardens not only create a miniature landscape, but also depict a culture of living together, thanks to a special relation of the city with water. The city is built along a river, in a valley filled with springs. Until 30 years ago, garden plots and orchards formed a green belt around the city walls. In the labyrinth of the medina high walls enclosed the gardens of palaces and riads, and the rooftops were filled with medicinal plants and herbs. Until today Melhoun musicians are invited in the spring time to perform in Riad gardens, friends meet in the park Jnan Sbil, and on Fridays and Sundays families go for a picnic in the surrounding hills. However, during the last 50 years, because of modernization, pollution, privatization of the water system, lack of awareness, and general economical decline many gardens of the medina have disappeared. Gardens and their special position in everyday life seem slowly to be vanishing. However, because these developments took place in a relatively short period of time, memories and stories are still very much alive.

Last June, taking friends and visitors for a walk along the gardens of the medina to raise support for the project.

Garden party, before the shoot with all participants, October 8 at Dar Batha, Fez.

Raja, just after the car scene.

The film aims to look at the gardens of the medina and their affiliations, to recollect and enhance an intricate web of social and cultural relations in a visual and poetic play of encounter and narration. And to do it now, before these spaces and their memories and stories will be forgotten.

Furthermore, the documentary feeds into the discussion concerning green spaces in Fez and in urban spaces in general, and aims to reach a wide audience: local, regional and international at film festivals world wide.

The documentary is the direct result of an artistic research which I initiated in Fez in October 2011, exactly two years ago. Ever since, the project found support in the people of Fez who contributed in their time and friendship. Next to that there were contributions in kind by partners in Fez (Culture Vultures Fez, Institute Francais Fez) and financially by the Dutch Culture funds: AFK, Prins Bernhard Cultuur Fonds, Step Beyond and Roberto Cimetti Fund.

For the shooting of the documentary in Fez October 11 - 31, 2013, there is still a need to raise 2000 Euro to complete the budget. The shooting will take place in Fez, October 11 - 31 with a small team consisting director Heidi Vogels, camera, Benito Strangio, sound, Marjo Postma, and assistant Omar Daroudi. Camera: C300, light: natural.

Any support, big or small, is much much welcomed!

A set of Fez Garden postcards plus a surprise gift from the Fez medina.

A signed Fez Garden photoprint, limited edition of 40 for contributions starting from 50 Euro

Signed Fez Garden photoprint, limited edition of 20 and a dvd of the documentary Gardens of Fez for contributions starting from 100 Euro

Signed Fez Garden photoprint, limited edition of 4, dvd of the documentary Gardens of Fez, and a tour along private and public gardens with the artist in the medina of Fez. (excl. travel costs and accomodation)