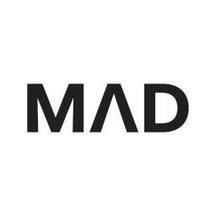 A graduate of the renowned La Cambre Mode[s] in Brussels -where she still lives and works- Gioia Seghers wins several awards in 2012 with her Final Year collection, including the prestigious Dior, Weekend Fashion Awards, Libre Essentielle and RA prizes. Gaining instant attention from international press and buyers, her striking and sculptural clothes distinguish themselves from the rest, timeless and delicate at the same time. Following her graduation show, she is invited by the Musée de la Dentelle de Caudry in France to exhibit selected silhouettes, underlining her innovative and refreshing use of lace.

In 2013, Seghers decides to launch her eponymous line, focusing on refined and high-end womenswear. Pursuing her ongoing research around textiles and original shapes, she enters the Showroom [les belges] competition and wins a spot in October, allowing her to showcase and sell her clothes during Paris Fashion Week. In February 2014, she presents her first ready-to-wear collection -designed and produced in Belgium- within No Season's showroom.

Ambiguous and intricate, Gioia Seghers' style is a study in contradictions, hovering between sensual femininity and sharp structure. Her vision of fashion is personal and intense, unveiling subtle emotions. Strongly influenced by her grandmother's elegance -whose Italian roots and poise impressed her as a child- Seghers infuses her clothes with a deep sense of respect, reworking the notion of a contemporary wardrobe, which speaks to women in an intimate way. Transparency, eyelets and lace are some of her signatures, as well as a European sense of sophistication.

Inspired by transient feelings and sensations, her pieces are tactile and seductive, emphasizing the designer's instinctive approach to clothes. Using fabrics as her departure point, Seghers elaborates new stories in her head, replacing narratives at the core of her design process. Inspiration comes in surprising and mysterious ways, ranging from a series of old photographs, a poem in a book or a random thought expressed by a friend.

It has already been two years and two collections that Gioia Seghers seduce more than a hundred clients through private sales and random events. She is currently preparing an autumn/winter 2015 collection more reckless and bigger, in order to increase point of sales and reach more clients.

These two goals involve a  wider lookbook production of the new collection so that her brand can gain visibility.

Moreover, for her A/W 15 catalog Gioia Seghers will organize a photoshoot with an elaborate and will call for photographers and models.

The expected amount add up to 5.500€ in order to finance the following expenditures:

- Creation of packshots (photos of detoured clothes for sale) : 700€

- Printing of the lookbooks for the autumn/winter 2015 collection: 500€

- Contribution to the prototyping expenses, making and fabric purchases (origin: Italy, Germany and France) for the new collection: 1.000€

If the 5.500€ expected are exceeded, the additional amount will be use as a financial support for the organization of the private sale and help for the production of the new collection. 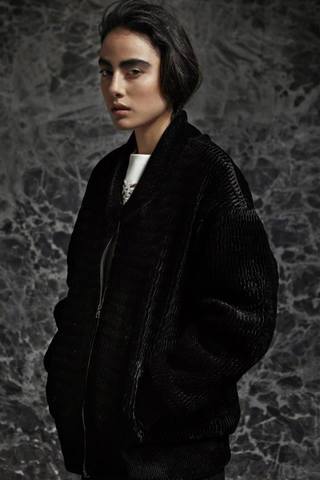 The black bomber (unique size) of the new autumn/winter 2015 collection, made in Belgium. Postal charges not included, possibility by hand delivery + A BIG THANK YOU !