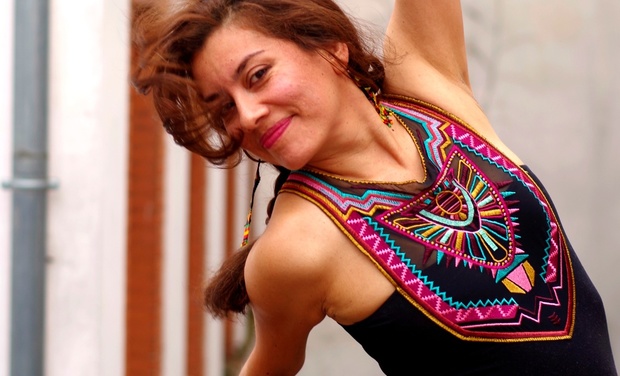 I am an artist confirmed in contemporary arts and I am invited to make left this big plan of meetings of Colombian and international artists for the development of contemporary arts for life, to lead cultural acts in the long term in the institutions of public education in the region Quindío in Colombia.

This meeting would allow the community, to have an approach across contemporary, nonprofitable art, in an educational and therapeutic purpose by arts and creativity, to contribute to the establishment of the mechanisms of actions which generate areas of reflexion on the role of each in the society, thanks to the role of performance and of art we create scenarioes of understanding, of reconciliation and of coexistence. Different actions will be led, as: performances public artists and in cultural centres, creative workshops, conferences, displaying, workshops of artistic performances, forums of discussed, an accompaniment for long term and supports in education in the public institutions and more still everywhere in the region.

So that my plan comes into the world, my team, my working partner and me even, let us ask for 2500€ of donations to subsidise trip. It would allow to pay plane tickets and our public transport in the country SIMPLY! The rest, will be given by the organizers on the spot, THE FUNDACION CALLE BOHEMIA who is one NGO which struggles for jobs with general interest, in the city of Armenia, Quindío in Colombia.

My name is Liliana Capacho Duràn but everybody calls me Lili. I was born in Colombia and I live in France since 1994. I began my course as actress having studied of languages and then in creation and design of mode (job which I exercise in parallel). I therefore began actress's job by making practice, with companies of theatre in Toulouse, then in Paris, notably with Ariane Mouchkin to the theatre of the sun, and also with René Metal tag (Film director-producer of "As a star at night", "The mystery of Alexina" which was chosen as some look " with cane in 1985 and "Anton Tchékhov 1890", among so many others). And in Pontedera - Italy in "The International Workcenter of Grotowski and Thomas Richard. I also played in several plays with the company " Le printemps à l' intérieur " with Alain Régus, "The company of the small hours" (theatre for child) with Bruno Abadi and to the "Theatre 2 the act" with Michel Mathiew with whom I made professional training " the plural actor " and played in " The king Lear " of William Shakespeare between other one. I was accepted in "Lee Strasberg" in New York, thanks to an audition and discussions. I make an internship during all year between 2016-17 on technology Meisner in Paris in the workshop " Simplicious " with Roman Mary who brought a lot to me. I speak well three languages ,english, french, spanish and I have notions of Italian. My actress's game is rather inspired by realism - magical by adopting a therapeutic principle in what one call acts psycho-magical, creates by Alejandro Jodoroski and I practice in my art since 20 through "performances", what I call " poetic acts " that I wrote, took up and played me even. I also had the chance to play title roles in different short and medium lengths and a feature-length film filmed in 16 millimeters (old-fashion film) at my beginning then I was also costumer and creator of costumes for different films and plays. I also made the playing bit parts for films and series televised as for example clear method " with Michel Laroche. Here are to sum it up my professional experiences in this job which I adopted with passion.

Here is my artistic humanist plan:

It is about a Tale and performance inspired by the discount of life and the impulse by love to go on without narrating. Based also on the book "women who run with the wolves" by Clarisse Pinkola Estés. Fed by reality - magical of my own culture, Colombian, cradle of my nature. And impulsed by love in the humanity.

2. Title and summary: "The woman she-wolf and the bird of fire" Warriors of light

The woman she-wolf represents the wild nature of the woman. Wife of loam given birth by earth and amazonienne nature. Fragile as one is fragrant out of its natural habitat which fades on the pavement and the dullness. Forgotten, invisible and trampled by the speed of "ultramodern" life and passage of the men pressed in stony hearts, forgetful of them the same. Strong as his nature, capable of growing back and "to open out even in adversity...

The bird of fire represents the child who reborn of death. The one who has was delivered by bowels of the earth. The one of whom the shouting of its birth is capable of piercing space and darkness of nothingness. Shouting of the late creator of eternal life. The one who doesn't burn itself while he born in some fire. It is the man saved from darkness, by the warm fire of love to melt in light. It is the warrior without weapon which if stamped by him even and by the weightlessness of the world and its order established to fly by its own wings.

For small history: This is my contribution to the society, a means to act in concrete terms for human being and life! it is for it that your contribution is so important, because it is a means also for you to act and to bring to the human being a fertilising tool of woking life in society.