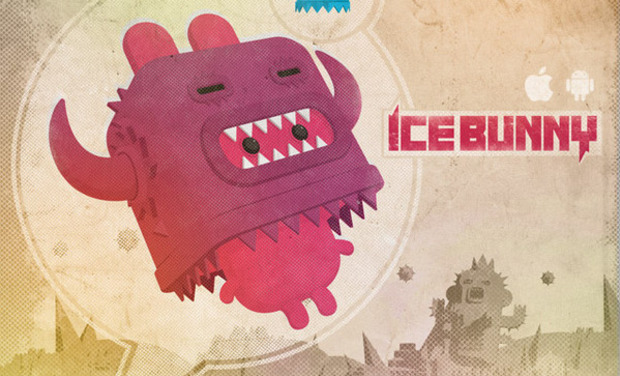 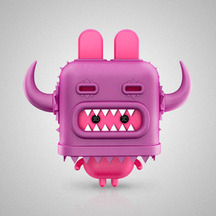 The pink bunny is a warrior fighting to redeem his homeland from the ice-spell of “Monkey King”. The game is a mobile action-packed platformer for iOS and Android devices.

The pink bunny is the last survivor trying to redeem his homeland from the "Monkey King" who has ice-spelled the whole territory and frozen the innocent animals.

He has to fight against evil soldiers for victory; The blue dragon would back him up in this battle; would he triumph? is he brave enough, strong enough? would he be able to break the spell?

Don't you worry little bunny; we'll stand by you!

The game play is a side-scrolling platformer. Player takes the role of the ICE BUNNY, a warrior who battles with ice monsters.Gameplay evolves around ICE BUNNY's ability to run, attack, jump.

Player also has to max out the power bar by collecting eggs, enabling player to call "Dragon Horse"

who is capable of riding at high speed and attacking the monsters.

In this game, Bunny randomly gathers collectible items at each level. One of the features that can be gained in this way is the "smash-through” which comes to hand with wearing the “Helmet”.

Game is inspired by artworks and illustrations of its creator Farshid Monfared - designer & art director in ICE BUNNY project who is looking forward to making a 3-Dimensional experience of palling game in 2D platformer game.

A glimpse of the characters development and backgrounds –from sketch to 3D- is presented below.

ICE BUNNY team tries to strike a balance between the artistic aspects and gameplay elements.

I have mainly been preoccupied with creating animation and illustrations but always looking for an opportunity to gain experience in other fields such as video game.

Special Thanks :) + Exclusive Screen Wallpaper For Desktop and ios Devices + Free copy of the game

Exclusive Screen Wallpaper For Desktop and ios Devices + Name in Credits + 100X70 cm Ice Bunny Poster Limited Edition Signed by Artist with a special dedication to you! + Free copy of the game