ImmoRefugee - The Agency is the exhibition featuring ImmoRefugee. Can you help us to bring this idea to life? Read below and you won't regret it! 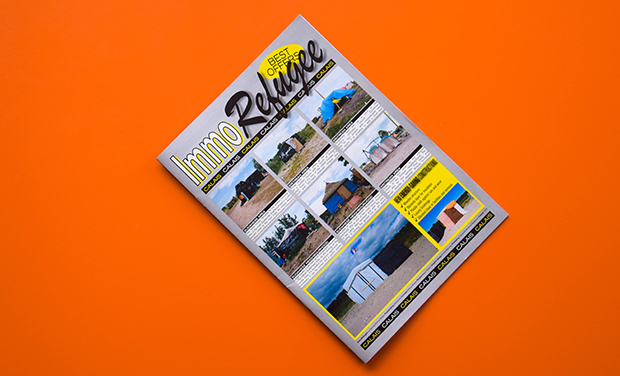 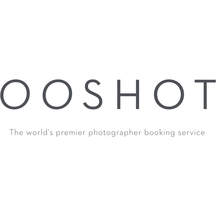 Hi, we are Defrost Studio (Marco Tiberio + Maria Ghetti), a creative agency focusing on art direction and photography. Since January 2015 we have been working on a project with a specific focus on the Calais refugee camp. This project was published in November 2016  in the form of a catalogue-book  entitled “ImmoRefugee” (with the kind support of Emilio Macchia).

Now we would like to turn this project into a full exhibition. That's why we need your help!

The work began in January 2015, when we realised that in the north of France something invisible/visible began to pulsate like a beating heart: an invisible city in the form of a migrant camp.

At that time, the camp was not yet in the area in which the (many!) documentaries have since portrayed it to be in, but was situated in a small wood nearby, where for years the migrants sheltered while trying to cross The Channel.

Although a small slum was actually already present at the beginning of 2015, it was clear that something was about to change. In April of the same year, local authorities decided to clear the woods and assign to the migrants a larger area, further away from the city center. A space which would become one of the most discussed areas in Europe.

That’s how the settlement started, with a continuous flow of arrivals, risky departures and dissuasions from departing. But some decided to stay. In this climate a city was born, an ephemeral city, where someone's campfire or sudden arrival could change the layout completely. This all while still remaining a self-organised town with neighbourhoods divided by ethnicity, complete with churches, mosques, libraries and shopping areas. However, at the very base of the city there were the houses.

During this time we became more and more aware of how each home serves as a mirror reflecting those who live in it. A home probably reflects more of who we are than what our clothes do. The home has always been a symbol of shelter, a place to store memories, as well as a place to bond with one's culture and to denounce who we actually are. In each home therefore you can see the origins of those who live there, linked to the ways of its construction, the inhabitant’s social status and occupation, as well as his/her prospects.

From this and much more the idea beind ImmoRefugee was born. On the surface, the book does not show any faces. However, upon looking much closer, one realises that faces are actually everywhere to be seen. ImmoRefugee, which appears to be a lightweight publication (and in some ways it is), is actually a testimony of what the Calais camp was and of the surprisingly positive acceptation that this terrible situation somehow created.

The format of the catalogue as a choice of narration was chosen because we wanted to go beyond only the pictures. It is certainly ironic, but irony is not always a bad thing. How many times does the excessive bombardment of images by the media (including images of migrants) cause us to overlook those very images? They just slide past under our eyes, until in the end it seems as though nothing really strike us anymore.

A real estate catalogue is something incredibly common in our lives. It is a way of looking at people's lives in a familiar way, even if we are not used to linking it to a matter like migration. Yet this is the factor that can make us think.

Thanks to this choice we had a large amount of positive feedback and ImmoRefugee was selected by Martin Parr for the Kassel Photobook Award 2017, as one of the best photographic books of the year.

"This zine by Defrost Studio is a welcome antidote to the many photographic projects that have emerged around the refugee crisis. Using the notorious and now destroyed Jungle camp in Calais, they copy the graphics and tone of a holiday let brochure. Brilliant at the same time. "

Now, however, we would like to go even further but we can’t do that alone: ​​that's why we need your help!

To make the project even more visible, to be able to speak and to show the photos that built up the catalog in their own consonance, we would like to turn the book into an exhibition: a traveling real estate agency.

The idea is to involve different spaces (exhibition spaces and others) to create a temporary real estate agency.

The Agency will be formed by a window similar to the windows of an actual real estate agency, with a series of exhibited pictures. In this way the window, and therefore a selection of the photos, will always be visible from the outside, becoming part of the everyday life of people.

The inside will instead see a series of photos of the houses in the catalog, exhibited to the wall inside a plexiglass sandwich structure.

Through the window and the interior we want to create a different experience from the ones we usually have when visiting exhibitions and galleries, creating a somewhat strange, but familiar experience.

With this crowdfunding we would like to give a definitive form to the exhibition by creating “ImmoRefugee - The Agency”, which we want to showcase for the first time in Arles during the opening week of Les Rencontres Photographiques 2017.

If you believe in this project, and if you believe, as we do, that we need to start seeing things with different eyes and from new perspectives, help us!

The 3600 euro collected will be used to cover the production costs of the exhibition (photo printing, production of photo structures for the exhibition, both the window and the interior, descriptive texts), transportation to Arles, including the setting-up and renting of space, as well as communication.

Both the window and the inside photos will be printed on paper Mate Cotton Paper 308gr.

The photos inside will be exposed in a plexiglass sandwich structure, while those in the window will be displayed in a real estate agency structure.