JURASSIK back in the studios with new music and new team! Come with us and help to Dino! 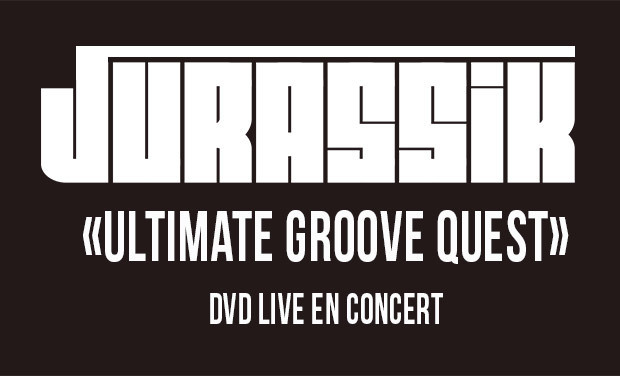 JURASSIK... Park ? NOPE... World ? Still no... We are dinosaurs, you know what sort of dinosaurs ? The Soul, Groove, Funk sort and everything else that's got people going and shaking their booties for,well, the last 60 years.

James Brown, Curtis Mayfield, the Meters, Tower of power, Maceo Parker, do you know what we're talking about ?

Well, Jurassik is just that : heading back to the roots of groove, to a time when the dinosaurs of funk ruled the world. You may ask : how can we re-establish the reign of these dinosaurs ? It couldn't be easier !! You need five guys who've been genetically modified by funk as young children, put them in a rehearsal studio, leave them for a while and out comes a first album : JURASSIK FUNK (tam attitudes production, 2009).

Uploaded to Spotify, Jurassik attracts on average 100,000 listenings every month thanks to the track "Pick up on your line" , which features on the album, and here is a taster in this video :

We, being the young dinos that we are, didn't take long to meet a T-rex of funk in person : Fred Wesley, trombone player for James Brown back in the day. We opened for him on the night of the release of our first album and this was like a sign from God to us.

Today, we need you to allow the Jurassik adventure to continue with the recording of a live show on DVD.

The whole band headed back into the studio in April 2015 to write new songs. Each person's motivation allowed us to get writing quickly and here is what we got up to :

In order to take the next step and to make a good quality recording, we need funding, but without a label or production company, we need you to give us the green light !

We need to recruit a video team to film the concert, to hire a studio with an engineer to mix and edit the images and sound, then we need to set aside a budget for promoting the DVD and its distribution.

We've already teamed up with a concert venue which will lend us its premises and equipment for the live show.

Asking you for a contribution is a great way of convincing potential investors and sponsors as you will prove that there definitely is a following for Jurassik.

By supporting our artistic project, you become our best reason to invest all of our energy into this quest for pure groove !!

We are convinced that there still are just as many soul and funk lovers out there, and especially that there is a curious audience looking to discover artistically free and independant artists.

If we can reach the 5000€ objective together, then that's already over half of the total budget funded ! It will be a powerful argument to secure private and institutional organisations' investments in our project, so it's time for you to get things moving in our favour.

We are planning to start the project in May 2016, so it's just around the corner !

Film crew, a photographer for some still shots, a sound engineer, stage production and a few new songs... We must be ready to record in September 2016 over two nights to deal with any possible technical issues.

The pie chart represents costs generated by the Jurassik project.

- reserve the venue for five days to rehearse with the band and sound and lighting technicians for three days.

- provide video coverage of the concerts on the last two nights.

- mix the sound and edit the video.

If we can reach 6000€ and exceed our objective, we would also cover design costs : DVD sleeve design and other Jurassik merchandise.

If we were to exceed 7500€, the project would be entirely our own, being uniquely funded by you and us !!!