A documentary about afghan women who has been expressing their rights to Kabul through street art, combats sports and journalism. 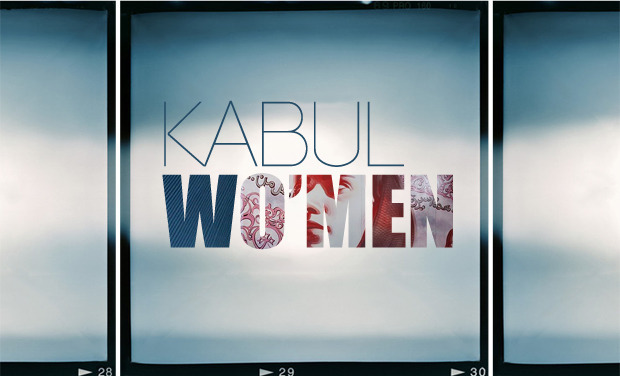 Kabul is in full growth. This city has been going through several changes. In fact, a new generation of women have been revendicating their rights, to evolve in a society which is still trying to adopte democraty. Through activities such as street art, combats sports, journalism and other jobs that are normally reserved only for men, these women have a history to tell us.

Near the election which will take place in april 2014, how do these women see their futur ? What are their hope ? Who are these women who have been trying to change the society of Afghanistan ?

- A boxer from the Kabul women's team

These young girls hope to change the mentalities and obtain further rights. They have been training in the Olympic Stadium of Kabul. This stadium where the lapidations of women took place in the end of 1990's.

It's a strong symbol for these afghans women.

This 25 years old, Shamsia uses visuel art to speak about women rights and Afghanistan's issues. Despite the danger to pratice street art in a street of Kabul, she uses a art to report the injustice and violence that women experience.

"I am from Afghanistan, the country which is famous by War-Bomb. Let's change the topic of news about Afghanistan. Let's bring PEACE with art, let's make it famous by ART not by WAR. Freedom is not to remove burqa, is to have PEACE."

I will follow an Afghanistan's women who dares to drive. Since on the Taliban's regim, it was forbidden for women to do so. Still today, they are a few to get in front of the stairing wheel. Even certain teenagers have began to pratics skateboarding and rap music.

HOW DID THE PROJECT START ?

Toward the end of 2012, during documentary mission for NGO 'Mothers for peace", i had the opportunity to meet and to photograph the first women governor of Afghanistan's region. This meeting motivated me to know more about these brave women.

Teaser of "Afghanistan, the eyes of a People" :

I will follow these women while they go about their dailylife in different parts of Kabul.

The beauty instituts of Kabul was able to open after the taliban's departure. In peace, these afghans find some peace between them.

I will also go to Lake Qargha, Babur garden and women garden. All these places are visited by the afghanes.

All this different portrait will become several 5 to 10 minutes videos. Each videos as well as photo will illustrate the witness of each women.

The "original" portraits will be featured on a website which will be accessible to all the viewers. All videos will be translated in french and in english so that everyone can learn about their story.

Some part of the project "kabul Wo'Men" will come out between january and april 2014 (around election time in Afghanistan).

I am a member and co-founder of Digital Mill which is a documentary collective. In past, we had released a short film about the people who lives in a polair circle " Finnmark 69°North" and last year, we also released a film for a NGO " Afghanistan, the eyes of a People".

You will be able to follow my current project "Kabul Wo'Men" on a blog of Digital Mill and on facebook.

- My documentary photo on Afghanistan : Le regard d'un Peuple

WHAT WILL THE FUNDING BE USED FOR ?

My departure to meet these women is in mid october. To realise this project proprely, i am in need of a translator which i am missing money for.

The funding will allow me to finance the rest of the project (translator and transportation). The project does not have any goals for profits, is auto-financed and financialy is difficult. I am financing it myself, therefore your contribution can help me.

If the funding goes over on 1000€, that will also help me to cover other important coast during the shooting and legal musical rights for the film as well as to built a website.

Thanks you for your donation, it will contribute to realise this documentary fully.

A big thanks you + your name will be featured in each credits movie.

A big thanks you + previous consideration + 1 photo 15x10 (type postcard) with one of my photo of your choice.

A big thanks you + previous consideration + 1/2 day in editing room to see the making of and to show the editing process.

A big thanks you + previous consideration + 1 polaroid photo taken by the SX-70 unique print.

A big thanks you + previous consideration + 1 photo 20x30 print of your choice on FineArt.

A big thanks you + previous consideration + 1/2 day of learning photo and video on a camera 5D.