Support our web platform about the social consequences of the Tech industry. 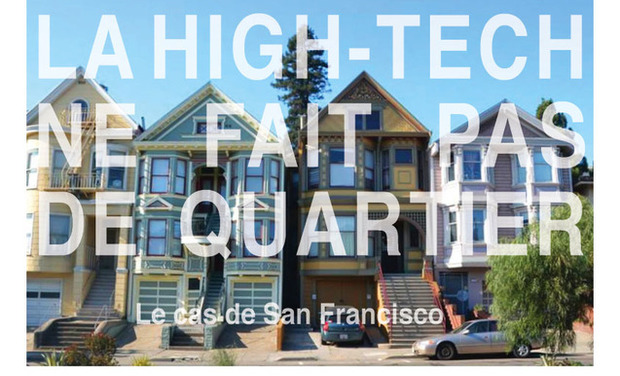 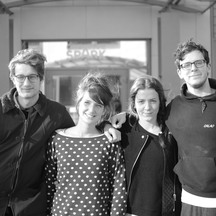 Technological enterprises have an undeniable impact on our everyday lives and on the economy on a more global scale but what influence do they have on the localities in which they settle?

How come that, in San Francisco - a city that lies near the Silicon Valley - the average housing rent rose by more or less 40% between 2011 and 2013 in some neighborhoods that were previously considered affordable for the working class? How is it possible that in these same neighborhoods, the amount of arbitrary evictions has also been rising dramatically? Moreover these arbitrary evictions have occurred, in more than 70% of the cases, in perimeters close to bus stops used by private shuttles set up by high-tech industries to allow their employees to commute from San Francisco to their workplace.

Today, San Francisco has become the most expensive city in the US in terms of housing prices. The problem is that revenues have not increased proportionally for most of the population. Loads of districts are being reshaped. Has it therefore become impossible for a lot of people to keep on living in those areas? Is leaving the only option left to them?

Many San Franciscans blame employees of the technological sector for all these changes: they are paid better than most of the locals and they benefit from optimal working conditions and are therefore accused of modeling the city on their image, at the expense of other citizens.

Here is our question based on this observation: despite the promise of progress that goes with it, do the technological industries generate inequalities at a local level?

San Francisco is a crucial starting point to us. The city will allow us to study the socio-economic impact of tech enterprises on a defined locality. Our project is to set up an interactive documentary device (a web platform) within January 2016. This will allow you to meet the actors of the mutation in the city and will help you understand the different issues.We are fascinated by some new forms of journalistic storytelling and we are determined to make the best use of them in order to share this rewarding and innovative experience with you.

And not only that: we are convinced that our report on San Francisco is only a first step in our project. Therefore we want to include it in a web platform, that we intend to set up with the ambition to make it a place of questioning and interactivity about the impact of tech industries on the organization of society at a local level. There exist other “technopolies” than the Silicon Valley all over the world. It seems interesting to us to compare them with San Francisco. Why not consider going to Dublin or Paris?

If the starting point of our adventure is here and now, it has no clear end but one thing is sure: in supporting us, you also commit yourselves to a story that will go beyond a short-term vision.

January 2016 is far away. That is why we are creating a blog as a source of food for thought and to extend your knowledge about the subject. You will be able to interact with us on our Facebook page, our Twitter account and our blog during the preparation and during the report on the spot.

Adrien has been a boy scout for as long as he can remember. He has lately been keen interested in the world of numeric technology and in the web. During our project he will for sure take advantage of the year spent in Texas after high school. No need to say that he’s really excited to discover San Francisco.

Arthur knows San Francisco well since he lived there for half a year after graduating from high school. His love for the City by the Bay is no secret and no doubt he’ll be an excellent guide.

Lola is very dynamic and easy-going. Never afraid to jump into the unknown, she will help us create good relationships all along the way.

Céline has a passion for music and photography. She is the creative spark of our little team.

We all met in Brussels where we have all been studying for the past four years, in a journalism school called the IHECS. This project really means a lot to us as it represents the climax of these studies. That is why it is so important for us to develop this project, following an innovating but rigorous journalistic method.

To carry out this project, we need your help to finance our experience on the spot. The first expenses concern our webdocumentary in San Francisco. Our global budget amounts to 5.874,46 €:

We have decided to pay for the plane tickets ourselves. That is why we’ve already bought them. Take this initiative as a proof of our commitment to our project. We also take care of the passports, the phone card and our public transportation passes.

What we ask you to contribute for is basically the cost of the flat we will rent and our food and basic needs, which amount to 2500€.

We count on your generosity and your full support. This project will only come true with your help. If, by any chance, we top the sum of 2500€, it will allow us to invest a bit less of our personal money, and to minimize the costs that we have already invested in our plane tickets. We might also decide to visit other cities that could be relevant to explore the thematic of our documentary.

If you want to help us make this project come true, Kiss-Bank us! It would mean the world to us.