Modern adaptation , cruel and artistic of the tale of the Little Mermaid of Andersen. 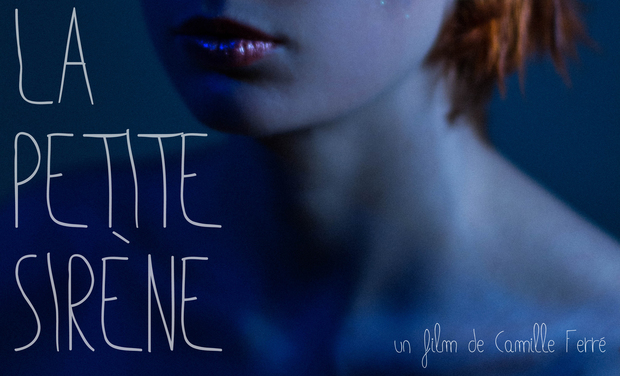 The Little Mermaid is a short film of 5 minutes, adjusting the Andersen fairy tale, filming will take place during the month of December.

The film takes place in a rather self-medieval look like the recent heroic fantasy productions, but in a world where rights seigneur and child marriage was common.

He recounts the genesis of sirens-human relations, here the sirens are scavengers and they never meet living human .

Our little mermaid saves by chance a man 's death , touched by the presence of a living creature looking like her, she tries to find the young man, overcomes side effects of a painful transformation.

The project of the film to within two stem. On one hand, the realization of a photographic series about monsters, which gave place to a session devoted to the myth of the mermaid. Added to this, the thematic transformation interested me for several years.

The other inspiration come from the reading of the story itself, I must admit , I had never read this far and is very different from the image we can have through adaptation cinema Disney Studios.

The story also made ​​me want to see the character in a different light, more independent, less subject and especially moving, silent, in a new and violent world.

The visual is very important in this project, we worked with the cinematographer and makeup artists on the exact colors of each filter to be sure to offer viewers a rendering very beautiful and very neat.

We also chose to shoot 2.5K using a RED Scarlett. I am not that kind of youngs filmmakers who think that the use of expensive camera is essential, but for this project, we have the requirement for the image, the need for careful calibration, and the presence of slow-motion, all led us to choose this camera.

For the creature of the siren we looking for a different creature from the one usually seen when we thinking about a mermaid.

Without a human Naiad be as we wanted both to make a real monster without necessarily adhered to a cosmetic blue / green cliché image of the siren. In this project the siren will be beige skin, and slightly pearly glitter. The gills and webbed feet are worked like skin extensions.

A first draft of the script has already been turned, made ​​without any budget, virtually alone (with three actors and two assistants per shooting day ) and very quickly.

Although interesting the results did not give me full satisfaction. The lack of means is the most unfortunate thing, I decided to make a second version , using the participatory financing.

This is the first time, I use the crowdfounding to make a short-film. I think we see this kind of funding as a sponsorship and be supported by people who follow your work is very rewarding.

Ruby Minard , 24, is mounted on the first time on a plateau in 2006, and is not really back down since! After his studies in Modern Literature at the University of Strasbourg , she decided to become more professional as an actress .It is currently finalizing his training at the conservatory in Colmar, while working in short films , directed , dubbing and professional readings. She is also a photographic model since 2013. " The Little Mermaid " is his first collaboration with Camille Ferré .

From an early age Leo is interested in hip-hop theater and dance. At age 11 , he entered the CREA (Centre for artistic awakening ) as an actor , dancer , singer , allowing him to play in many theaters .

In 2012 , he joined the Claude Mathieu School , art and technique of the actor where he continued to hone his acting training at the same time he participated in many projects as an actor : the clip " Strife " the Savages , "In the eyes " as part of a partnership between Arte and the school Femis , or " Nothern Light" Fanny Lecendre .He goes from the Opera de Paris extras group in 2013.

Extractor filmmaker for several years, The Little Mermaid is my fourth short film.

I am also a photographer for four years , working regularly with actresses , models , makeup artists and stylist . I have recently had the position camerawoman and cinematographer of ten short films at the University of Paris 8 and the Ecole de la Cité, which allowed me to build me a showreel (visible below) and that allowed me to meet many people in this team this short film .

First, interested in writing and photography, Quentin turned to the film image, there is now one year. From there , he became a maniac shooting, officiating as a stage electrician, assistant manager or operator about twenty short films.

First, self-taught and then graduated from Make Up For Ever Academy and first place in the Beauty examination, Johanna still prefer the special effects and original creatures.Marion his side as forms in the same school with both a passion for beautée traditional makeup but also in the FX , which will be their main tasks as part of our project. Hereunder, a part of their works.

The collection is above all necessary for the titanic work of makeup around the character of the siren , but also the control over two days for the team of volunteers , transport equipment and the team, with the use of a Scarlett RED camera, for excellent image quality , and the rental of a swimming pool for the needs of the script .The remaining budget is brought into material by the director , some technicians , the University of Paris 8 and the Ecole de la Cité.