Help fund this short film about a young female photographer hunted down by a statue in the gardens of the palace of Versailles! 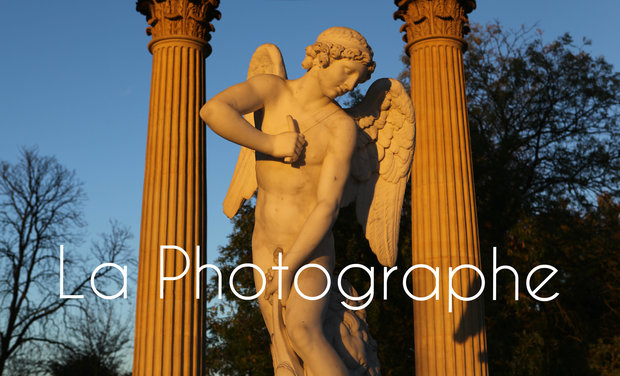 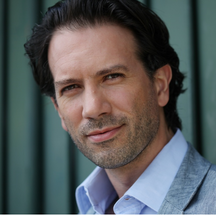 Helena is walking in the gardens of the palace of Versailles, taking pictures of the statues of antique gods. Through her camera, she detects the presence of a man looking like the statues who is prowling around her. She tries to escape from him, but he finds her. As the man walks towards her, Helena takes a picture of him, which stirs up a physical pain in him. Helena understands that her camera is a weapon which she can use against him and decides to confront him.

Known for his documentaries, among which Ballerina, about females dancers of the Mariinsky Theatre in Saint-Petersburg, released in many countries, and Long Live the Emperor, about reenactments of Napoleonic battles, Bertrand Normand has also directed several short films, the most watched of which are Living in a Vacuum and Illusion.

Fascinated by such themes as perception and delusion and intrigued by the complexity of gender relations, he has endeavored to decipher the female universe in several of his works. After focusing on documentaries for a few years, with La Photographe he is reverting to fiction and to his favorite themes but, for the first time in his fiction work, a woman is the protagonist.

By far his most ambitious short film up to now, La Photographe is for Bertrand a milestone and a precursor to the full length feature films which he intends to direct thereafter.

A 12 minute short film, La Photographe will be somewhere between a thriller and a dreamlike fable. It will definitely adopt the codes of the former genre, an unsettling location, the majestuous and mazelike gardens of the palace of Versailles in the fall, where the heroine wanders alone and isolated, an unusual discovery and a harrowing hunt. Yet in fact what the film will tell is a woman's inner struggle to escape her condition as object.

By taking pictures of antique male gods, Helena tries to reverse the power relationship between men and herself to her advantage, but her subconscious resists, embodied by the living male statue. Visible only through Helena’s camera, the latter does not exist in reality. A product of the young woman’s imagination, but apparently free and powerful, he crystallizes Helena’s contradictory feelings towards men in general, fear and attraction, and symbolizes the obstacle which she needs to overcome in order to no longer be an object, but a subject at last.

An artistically ambitious project, La Photographe was initiated two years ago, but could hardly be finalized without the agreement of the palace of Versailles, which was obtained only this summer. Most of the film has been shot, but we still need to shoot the living statue's sequences, then do the post-production.

Helena will be played by Aurélie Houguenade. A theatre and movie actress, she has acted in several short films and in the feature film 4:48, by Jackie Katu, where she had the main part. A cold Hitchcockian beauty, she has both the vulnerability and the determination of Helena’s character.

The living statue will be played by Gregory Dominiak. A dancer at the Paris National Opera, he has the perfect look for this part as well as the ability to move with the needed grace and animality. Besides, his experience as a dancer has taught him to express emotions through his body and facial expressions without words, as is the case of the living statue.

Franck Laniel will be in charge of cinematography. A graduate of the Vancouver Film School, like Bertrand, he has collaborated with him on several of his films with an undeniable skill for framing and lighting. His knowledge of the director's inner world should allow to create beautiful and mysterious images at the service of the story.

Art & Body will do the make-up and paint the body of the actor playing the living statue. A specialist of Body Painting, this agency provides the best artists of Paris in this field.

La Photographe is produced by Bertrand Normand in association with Dada Films, which collaborates with him on other projects as well.

The action of the film takes place in the gardens of the palace of Versailles, thus it was essential that the film can be shot there, yet the castle of Versailles authorizes film shoots only at a very high cost, which is dissuasive for short films, even when they are well funded. This made the project hazardous, if not impossible, and therefore searching for funds was useless until the authorization issue was solved.

Nevertheless, two years ago we decided to shoot some of the film's sequences as an experiment. Encouraged by the result, we took active steps in order to secure an agreement with the palace of Versailles at a decent cost. In parallel, we kept shooting sequences for which we needed no authorization while waiting to have permission to shoot those which needed one.

Now that this project can be fulfilled, it needs to be funded quickly, at least the shoot of the living statue's sequences, for it is supposed to take place in late October. In order to do so, we have decided to use crowdfunding. Indeed, on the one hand we wish to turn to the general public for help and make the film's future viewers participate in its production. On the other hand, we believe that crowdfunding is a safer, more efficient and certainly much faster way of raising funds than applying for public grants.

Once it is finished, the film will be sent to various festivals and TV channels. We will make our best efforts to make it circulate all over the world, which should be helped by the universality of its subject and the absence of dialogue.

By supporting La Photographe, you will not only participate in the production of a fascinating project, a highly ambitious film which will be worth watching and reflecting upon, but you will allow it to exist!

Your contribution will allow to shoot the sequences with the living statue, which, in addition to having required the authorization of the palace of Versailles, will be the most difficult to direct. The shooting equipment is already at our disposal, therefore the expenses will be the following:

Do not hesitate to support the film even if the objective of €4,300 has been reached. The surplus amount will be invested in post-production and particularly in the sound design and mixing. We intend to apply for post-production grants, but they are highly selective and there is no guaranty that we will get them, therefore your support can be critical also at this stage of the film production!

A big thank for your support!

Your name in the "Thanks" credits in the film.

A private digital link to the finished film + the previous perk.

2 invitations to the film premiere in Paris (transportation and accommodation not included) + all the previous perks.

1 autographed copy of the original script, the pictures of the shoot, 1 DVD of the director's previous short film, "Illusion" + all the previous perks.

A dinner with the director in Paris (transportation and accommodation not included) + all the previous perks.

Your name credited as Associate Producer in the film credits + all the previous perks.

Your name credited as Co-producer in the film credits + all the previous perks.