Help us create the Innocences.net publishing house dedicated to precious photographs and to the publication of our first three books. 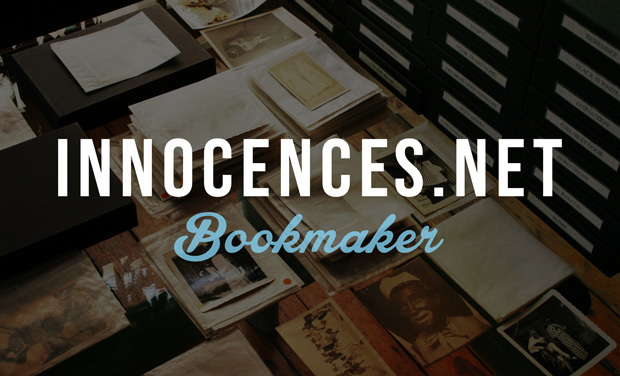 Innocences.net is dedicated to the publication of works in a single edition limited to 500 numbered copies.

Now that digital technology makes it possible to edit an endless number of the same book, Innocences.net distinguishes itself by its focus on rare books. This newborn publishing house is concerned much less with the love of reading than with the love of books. In the offing: exceptional photographs, graphic arts, facsimile editions and reediting of books.

We wish to participate in the revival of real and exceptional single edition works. To this end, we work in close collaboration with world-renowned skilled printers, publishers and craftsmen from Italy, Switzerland and Germany. Our production will be sold principally on the Web, on the occasion of book fairs dedicated to art books and very special works, and in six specialised bookshops in Paris, London, New York, San Francisco, Lisbon and Copenhagen.

On the occasion of the 2015 Rencontres Internationales d’Arles (a major happening for photography in France and in Europe), in the context of the « VERNACULAIRE ! : trois séries de la collection Jean-Marie Donat » exhibition: presentation of three precious books which are the fruition of thirty years of thorough and intensive research effected all over the world by an exceptional and outstanding researcher.

These photographs from all over the world were taken between 1920 and 1970. They all have in common a detail that takes us back to the history of amateur photography: the shadow of the photographer. Jean-Marie Donat has made his this incongruous detail by reproducing only those pictures in which a shadow of a man wearing a hat appears. It is the repetitive pattern created by imagining this series that constitutes the subject: the same man is always present, looming as a threat.

Over two hundred intriguing pictures, taken by street photographs between the end of World War I and the end of the 1960s. Collector Jean-Marie Donat discovered them in different regions in Germany. Anonymous people pose beside calm, cheerful, sometimes disturbing “white bears” that travel through time, unchanged. The history of Germany scrolls on.

The unpublished photographs of this series were taken between 1880 and the end of the 1960s in the United States. Some of them aim at promoting itinerant artists of street performances of minstrel shows, in which Whites, their faces painted in black, personify the “good Niggers” in musical sketches. (Americans are particularly fond of this style of music, which influenced the rise of jazz and blues.) The others are amateur photographs representing children as well as adults involved in the same occupation to attend a private party or a carnival.

These pictures urge us to reflect on how the attitude and consideration of a given class of Americans has evolved concerning Afro-Americans and this, with an even stronger impact, because of their powerful aesthetic rendering.

Those three books, drawn from three series, represent but a very small part of Jean-Marie Donat’s collections that basically reckon over 10,000 original pictures.

At the source of each collection, there is, for their author, a chancy discovery of a first picture, then a second one that led to a subjective interpretation. This is how over the years these astounding series came into being, with an enigmatic title attributed to each of them, which conveys a second meaning to their interpretation.

Refer to the article published in the magazine of the Musée de l’Élysée of Lausanne.

Born in 1962 in Paris, Jean-Marie Donat has made a career in editing and publishing during the past thirty years. He collects amateur photographs, gleaning them over the years in the course of his travels throughout Europe and the United States, in places usually destined to this type of commodity (antiques, commerce, auction sales, etc.).

His collection comprises over 150 series relying on a strong concept: create and project a subjective, indeed particular, image of the century. The pictures thus tell a story that brings together people, who, without knowing one another and living far apart, nevertheless share together a real life or fictitious moment.

“Over the years, I have found that one of their particularities resides in the repetitiveness of one detail. This creates in me a feeling of strangeness that questions the source of my feelings, echoes a symbolical or real event. The groups that are formed tell stories to those who know how to listen to them…”

The use of the funds

The funds collected will serve partly to finance the launching of the publishing house and partly for the printing of the first books.

Printing on Garda paper pat BIANCA 135 grams. This paper is ideal for the reproduction of photographs; it has the optimal thickness and a velvety surface. Cover printed on Imperial material of high quality. A sticker/ photograph will be stuck on the front cover. Printing and binding in Italy, for delivery beginning of July 2015.

1 - Communication for the launching of the publishing house Innocences.net

2 - Participation in the Rencontres d’Arles in July.

4 – Purchase of an Epson professional scanner for the scanning of the photo collections : 2,500 €.

6 – If we receive more than the amount expected, the money in excess can help for the development of future publications: Angelo Di Marco : Michelangelo of Tabloids, Get tough!, Revolución cubana and three new books of photo collections.

You can monitor the progress of the project and the latest news on the publications on Innocences.net on Facebook or on our website!

Thank you for taking the trouble of reading this through. If the project appeals to you, do not hesitate to share it with your contacts and above all to participate in it !