"A Needle for a Couple" 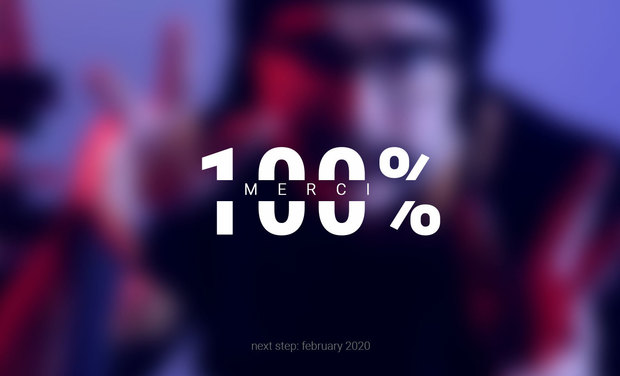 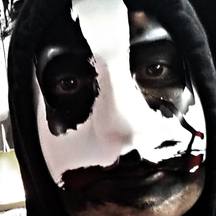 "A Needle for a Couple"

When I prepare a tattoo for someone, I don’t describe the picture I’m going to create to them; instead, I tell them about the feelings I experience, about the emotion that prevails, the gestures I am going to perform. This way, the result becomes a surprise and, as they let go, it exalts every detail. That’s the way I am going to tell you about this project.

This is Naomie after asking me for her project by dancing:

The project: a film + a book

People often ask me, “where is the inspiration coming from when you are tattooing?”; to answer that question, I intend to illustrate the sensations I experience through still and moving images in order for you to understand how addictive this process can be. You’re going to dive within my gut and under my skin as I invite you to join in on the excitement of creation, to face procreation and to confront the fear of non-existence. I want to give you a collage of sounds, lights, colors, textures and actions, as well as silences. Through this experiment, I want to live and make live.

The film follows the action, and the book keeps track of it. But the pairing of the two is left to the reader’s judgment. While a film has its own rhythm, the rhythm of a book depends on its reader. What happens when you try and combine both?

Tattooing as part of this project:

Tattooing is my field of innovation and I intend to use it because it forms the basis of my interaction with the human body. Through tattooing, I’ve developed all these thoughts and yearnings. Creation and procreation are the very core of this project, that’s why my concept “Une Aiguille pour deux” (One Needle for two) takes up so much space in this film; you can watch it here:

Who the hell am I?

Olivier Poinsignon, a creator who spends most of his time tattooing in exotic configurations. This allows me to either make real discoveries or tattoo in a playful way to leave a memory.

My companions for this adventure:

It’s such a visceral production that I mainly rely on friends (all professionals in their fields) with whom I’ve already experienced unabashed creative processes, both as amateurs and as pros.

Stupid example without any resources (imagined and created in 2h):

Example nearly without any resources (imagined and created in a few days):

Of course we expect to go much further thanks to our contributors.

The project will be released online in early February 2020 and will be available only to the contributors.

The film will be available through a private link or a physical copy, depending on your contribution.

I don’t want it to be “openly available on the Internet” because it’s an intimate and laborious project that I don’t want to give freely.

The rewards will be sent in early February as well.

A preview screening is possible if we meet the third goal.

The €4200 I’m asking for is the lowest necessary amount:

It will cover the making of the film, the creation of the book, the cost of the rewards, and KissKissBankBank’s commission and fees (8%).

What if we exceed that amount?

We do our best!

A documentary will be added to go into our statements in more depth.

I work on handmade animations to illustrate an extra feeling, because this kind of animation is a powerful way to express organic sensations.

And maybe we could consider having a surprise party?

Thank you, you’ll get the original drawing done with my red human ink. This drawing is part of the book and part of the film. As you already know I don't like to work with color, it's really painful for me, but I want to use it like an advantage. + the “DVD” with bonuses + numbered and signed copy of my “unusual book” + your name in the special end credits

Thank you, you will get the private link to watch the film when the project is released.

Thank you, you get a temporary tattoo of a child’s drawing to stick onto your naive adult skin + the private link to watch the film when the project is released.

Thank you, you get a postcard from the performance “Une Aiguille pour deux” with a nice word from me (or a not-so-nice one if you prefer, but I often make mistakes) + a temporary tattoo of a child’s drawing to stick onto your naive adult skin + the private link to watch the film when the project is released.

Thank you, you’ll get a numbered copy of my “unusual book” + the private link to watch the film when the project is released.

Thank you, you’ll get the “unusual book” #69 + the “DVD” with bonuses + your name in the end credits + surprise

Thank you, you’ll get the “DVD” with bonuses, + numbered and signed copy of my “unusual book” + your name in the end credits

Thank you, you’ll get a disposable camera to get developed; it will contain unreleased pictures of the shooting and performances! + the “DVD” with bonuses + numbered and signed copy of my “unusual book” + your name in the end credits

You come to my door and I slap you.

I come to your door and I kiss you. (France only)

Thank you, you take part in the project by giving me free rein for a tattoo that will be featured in the film (trip and accommodation are not included) + your name in the end credits with a special note + the “DVD” with bonuses + numbered and signed copy of my “unusual book”

“I looove your work”

You’re the first to watch the film during a private screening in a small cinema, with me and a guest of your choice. You’re also the first to discover all the rewards. + “special” signed copy of my “unusual book” #01 with an original drawing + your name in the end credits with a special note + surprise

“One man’s loss is another man’s gain.” I cannot feel any sympathy for you, my brain is already busy using your money to make digital animation!