Dance performance about survival through the ecology of love, the power of movement, plants and technology. 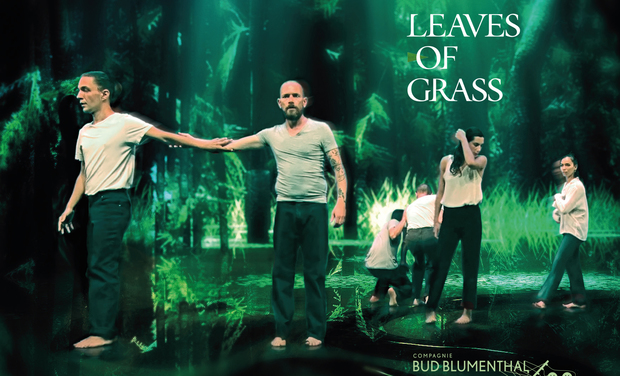 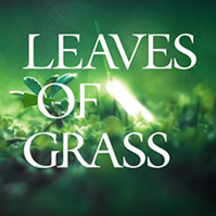 Support the project and maybe you'll win an exclusive signed print of a work of LUCAS RACASSE ou VINCENT PAESMANS or an original piece of art of BOB VERSCHUEREN. The prize will be awarded to one of the contributors by drawing lots.

With his new group piece, the choreographer Bud Blumenthal takes on a theme of pressing concern that has been but touched upon in spite of his long time interest in the subject : Ecology.

His idea is to bring the spectator to understand, without guilt and through dance, the direct relationship that humanity has with the environment.   With digital interactive techniques that amplify and sense movement of live plants on stage, the impact of the vegetal realm becomes visible.

This dance and new technology production deals with ecology as a theme for love, struggle and survival.

All interpersonal, political, ethical and even moral questions, are subservient to the ecological question.

How to care for vegetal life as much as we care for our beloved?

How to survive… ourselves?

The central challenge in the choreography of Leaves of Grass is to reveal in space and between bodies the incessant dance of complexity inside human relations. Relations that form and transform our lives and in turn model our planet

In order to give plants a veritable role to play in the performance, meaning not as elements of decoration or ornament but as living beings, we must capture and amplify their internal changes and the outer movements calling upon high levels of technological development.

Several technical challenges for this creation :

1. Interaction with plants and flowers : objective of detecting with optics and sensors the movements in the reactions of plants to light, heat and humidity. The mimosa pudica, desmodium gryrans, venus fly trap, morning glory or desert rose for example, all act on different time scales from instantly, five seconds, one minute or a half hour and govern the cadence of the show.

2. The interactive sound : the choreographer/botanist is also the DJ. Wireless sensors on his body allow his gestures to start, stop and modify in real-time the audio files and generative algorithms of the sound score.

3. Projection Sphere : through an ingenious optical system, live close-up images of the plant installation on stage are projected from within onto the curved surface of the sphere floating over the stage.

Video made by IHECS students for the partnership IHECS/ Europe Refresh.

We are calling upon you to help us insure that the innovative dance-vegetation-technology performance Leaves of Grass can really happen.

It is essential for us to remunerate correctly each participant of this creative adventure that is so close to our heart.

The money that is donated through this group effort will allow us to finance some of the following :

An enormous Thank You in advance for your participation in this beautiful adventure!

8000€ will be a great first step for this project but this amount is only part of the creation's budgetary needs.

If the crowdfunding goes beyond this amount the bonus will allow us to deepen our digital interaction and projection research, create the costumes and hire an artistic assistant.

!!! The website sometimes has problems with Belgian credit cards, if you are kind enough to participate, it would be better to make the transaction with Bancontact or PayPal. Thanks!

Project manager for the company

A production of Company Bud Blumenthal/Hybrid

a personalised email expression our eternal gratitude + the post card of Leaves of Grass + your name on our website + the Hlog card! The Hlog is a personalized card that offers you a unique 9€ rate for all performances in the Halles de Schaerbeek in 2015-2016.

the previous rewards + 1 additional ticket for a performance (date of choice) of Leaves of Grass beginning from Autumn 2016 onward.

the previous rewards + 1 additional ticket for a performance (date of choice) of Leaves of Grass beginning from Autumn 2016 onward + a meeting with the artistic team after the show.

the previous rewards + 4 additional invitations for the first stage Presentation in January 2016 + a 2 hour class with Bud Blumenthal adapted specifically to your needs.

the previous rewards + 2 additional tickets for a performance (date of choice) + 2 supplementary tickets for the Botanical Garden of Meise + 2 supplementary places for a 2 hour class with Bud Blumenthal adapted to your and the guests' needs + a private lunch with the choreographer + your name and status as coproducer of Leaves of Grass on all communication media printed and electronic.

the previous rewards + An exclusive signed print of a work by one of the associate artists of Leaves of Grass will be given to you personally during a VIP cocktail. 3 artists making a piece : - Bob Verschueren - Lucas Racasse - Vincent Paesmans