A 52min documentary about water and how it’s perceived throughout the world. 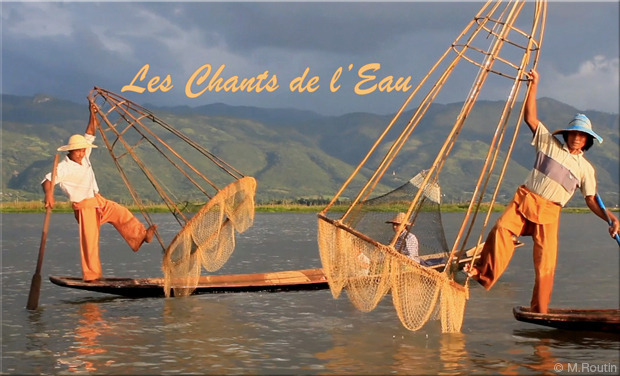 Water is perceived differently according to local culture, history, beliefs, issues and priorities. We intend to travel from January to August 2014 and meet local populations in order to discover the way people and water interact throughout the world.

Our 52-minute movie will stimulate reflection on the way we consider water. The documentary aims at raising awareness about its rarity, and making people more conscious of the need to protect, preserve and save it. The film will be available free on television networks, in festivals, schools and on the internet afterwards.

Why make this film?

We can never say it enough: the lack of drinkable water will have much larger consequences than the lack of oil or other fossil fuels. The source for everything and present everywhere, water is essential for life on Earth. Our aim with this film is to sensitize people - westerners and children - to better respect, preserve and save water.

Water is consumed differently depending on the country’s development. An American uses between 400 and 600 liters of water per day, a European uses 200 liters, while an African survives on less than 30 liters a day.

Despite the fact that the Earth is covered in water, its presence is unequally distributed from country to country. In addition, the amount of easily obtained potable water is infinitely smaller than the volume of water on the planet. For more information on this subject, please check out this striking scientific graphic.

We are going to travel all over the world for eight months (January to August 2014) to meet people from countries with very different water-related situations to reach a better understanding of water use and their perceptions of it.

Namibia - A lack of water

Perrine has travelled to many countries to work on agriculture. She has studied among others the traditional operation of an irrigated area in Morocco. She is currently a project manager in river water management. Perrine is also a paraglider, mountaineer and rock climber. She speaks English, German and Spanish fluently and has a strong base in Nepali and Berber. Her specialty in international water management has taken her all over the world: six months in Morocco, six months in Argentina and six months in Mexico. She has also lived three months in Nepal and Guatemala.

Guillaume has more than ten years of outdoor film-making experience in the most far off, extreme locations in the world: winter blizzards in Scotland and Norway, lost in rural Bhutan and China, perched on rock faces in Canada and Mexico or flying over the Moroccan desert. Guillaume has a solid background in visual communications, speaks English and is at home behind his camera under any conditions. He has been received awards from many festivals (USA, Canada, Russia, Slovakia, Spain, New Zealand), and his films total over 4 million views online.

Here are some of his achievements (watch more films from Guillaume)

Shot and edited in five days, in the  Chamonix valley. This film shows the making of a very difficult still picture.

Co-directed with BarakaFlims, this outstanding movie shows the massive event organized in China by Petzl.

Visit the company for a quick insight into the office, the R&D department and production.

For the tenth edition of the Petzl RocTrip, more than 1500 people climbed in the wind, dust, heat, and cold, for an unforgettable Patagonian experience!

We’re just two people. We’re doing this project only on environmental and personal convictions. This project is self-financed - all travel and costs related to the film are under our charge.

We don’t have a production company or a rich sponsor. We didn’t want to be sponsored by a foundation or a large company because we want to be true to our values and have control over our message.

It costs money to make a film. Guillaume can handle a large part of the production (writing, filming, editing, color grading, visual effects), but some tasks need to be contracted out - translation, sound mixing and music composition.

Zikali is a group of independent musicians based in Annecy, France. These artists and composers are passionate about images and they are known for composing music for films. Their work creates a strong link between the images on the screen and the music, giving the piece a new depth. Working with Zikali to create the music, sound design and effects insures that this project will take on a whole new dimension. Here is a video about their work (turn on the captions).

LinkRust is a crazy french musician who has already made a lot of songs for the Petzl videos. Don't hesitate to listen his SoundCloud !

It also takes the right equipment to make a film. A camera, a microphone, a boom, hard drives, a laptop, etc. Even if we cover the travel-related expenses, we will need to purchase this equipment to produce a professional quality film.

And if you give more?

If we don’t reach our goal of 4300€, then we don’t receive any of your donations. That means that we really need to raise 4300€ so we don’t lose your valuable financial support.

However, if we raise more than 4300€, then that’s great! We can use the money to buy better equipment: a better camera or other filming accessories. We could also budget more money to work with Zikali and LinkRust so they could spend more time working on the soundtrack. It’s those kind of details that make a great film!

So go ahead! Please help us out and spread the word! If you’d like more information about this project, don’t hesitate to contact us and visit our website.

If you help water, it will help you!

Bravo! Your name will be in the film credits for all to see!

Good job! You’ll get an HD version of our film, “Les Chants de l’Eau” (internet download, one year before everybody!) +your name in the credits

Khob Chai! We’ll send you a postcard from the country of your choice (listed beside) +an HD version of our film +your name in the credits

Buenissimo! You’re a music lover! You’ll get the soundtrack of the film (mp3 format), composed by the musical geniuses, Zikali and LinkRust! +a postcard +an HD version of our film +your name in the credits

Congratulations! You clearly want this project succeed! We’ll send you a DVD of the “Les Chants de l’Eau” film. Shipping within France included. +the film soundtrack +a postcard +an HD version of our film +your name in the credits

Terima kasih! You’ll get a signed A4 print of the photo of your choice (from a selection of 50 photos). Shipping within France included. +a DVD of the film +the film soundtrack +a postcard +an HD version of our film +your name in the credits

We love you! We’ll send you a compilation of all of Guillaume’s films! Flying Babouches, RedBull Vertigo, all the Petzl films and a few surprises… Shipping within France included. +an A4 print +a DVD of the film +the film soundtrack +a postcard +an HD version of our film +your name in the credits

Incredible! You like quality and so do we. We will send you a Blu-ray version of “Les Chants de l’Eau” and a CD of the soundtrack by Zikali. Shipping within France included. +a compilation of Guillaume’s films +an A4 print +a postcard +an HD version of our film +your name in the credits

We’re getting serious now. We will organize a private showing of “Les Chants de l’Eau” at the location of your choice, followed by an hour-long discussion. Whether its for an association, a comité d’entreprise, a festival or an individual, we can adapt to your request and needs. We will bring the necessary equipment for the showing if needed. We’ll cover our accommodations and food, but you will cover transportation costs. Contact us for more information. +a Blu-ray or DVD of the film (Shipping within France included) +a compilation of Guillaume’s films +an A4 print +a postcard +an HD version of our film +your name in the credits

You are now a co-producer of the “Les Chants de l’Eau” film. Your name (or logo) will appear at the beginning of the film and on all of our communication materials (photos, Internet, Facebook, etc). +a private showing of the film +a Blu-ray or DVD of the film (Shipping within France included) +a compilation of Guillaume’s films +an A4 print +a postcard +an HD version of our film +your name in the credits

Guillaume brings you in tandem paragliding, from St-Hilaire-du-Touvet - 38660 France (travel expenses not included) +your logo on our communication materials +a private showing of the film +a Blu-ray or DVD of the film (Shipping within France included) +a compilation of Guillaume’s films +an A4 print +a postcard +an HD version of our film +your name in the credits